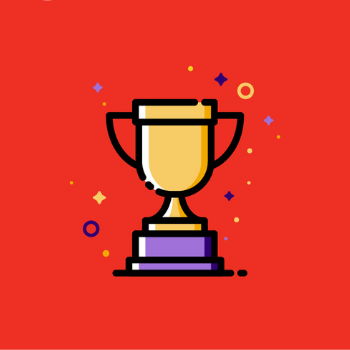 The Office of Research Services team earned the cup during Laurier’s 2021 United Way fundraising campaign, which engaged faculty and administrative units at the assistant vice-president level in a friendly fundraising “battle.” The cup was awarded to the team with the most participation in the campaign.

“I am incredibly proud of the support and generosity that the Office of Research Services has shown for Laurier’s United Way campaign,” says Newman. “When we support United Way, we support our communities so that everyone can thrive.”

Laurier donors raised more than $91,400 for Brant United Way and United Way Waterloo Region Communities during the month-long campaign held last October and exceeded the university’s fundraising goal for the third straight year. Laurier is a long-time supporter of United Way, holding an annual fundraiser for the last 32 years.

Funds raised by Laurier donors have helped Brant United Way and United Way Waterloo Region Communities provide basic needs such as food and shelter, mental health supports, and programs to mitigate the ongoing effects of isolation during the COVID-19 pandemic. Community organizations and programs that benefit from the generosity of Laurier’s United Way donors include the Sexual Assault Centre of Waterloo Region, Compass Refugee Centre, Family Counselling Centre of Brant, and Brant Food for Thought, among others.