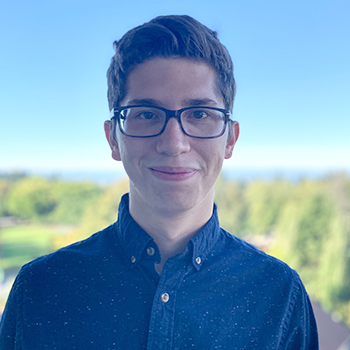 What makes a site or person nationally significant? Whose history is worth preserving?

Cody Groat, a PhD candidate at Wilfrid Laurier University, is tackling those complex questions in his analysis of the Historic Sites and Monuments Board of Canada (HSMBC) and its integration of Indigenous history and culture into the official national narrative.

“My research looks at how Indigenous perceptions of significant sites and events have been understood or, more commonly, ignored by this federal body over the past 100 years,” says Groat.

HSMBC, which is composed of representatives from each province and territory and two government historians, has the authority to designate a site, event or person of national historic significance.

In addition to visiting designated sites such as Serpent Mounds Park to hear the perspectives of Indigenous stewards, Groat has spent the past four years reading all recorded minutes from HSMBC meetings dating back to 1919. This comprehensive review has generated a list of sites that were considered and why they were or were not chosen. He is also consulting the personal papers of past board members and interviewing current ones.

“When the board was founded in 1919, there was this image of Indigenous peoples as a dying race and a desire to preserve one or two sites to commemorate these ‘lost’ people,” says Groat, a Kanyen'kehaka citizen and band member of Six Nations of the Grand River. “Today in Ontario, for example, there are about 32 national historic sites that relate to Indigenous history and the board has started to recognize cultural landscapes as well, which combine works of nature and humankind."

"They are authorizing a narrative of what is deemed nationally significant, so it’s worth assessing how that narrative has changed over time.” - Cody Groat

But the relationships between HSMBC and Indigenous communities have been historically contentious, as Indigenous viewpoints differed on whether to welcome or reject inclusion in the history of Canada and some HSMBC board members openly devalued traditional Indigenous oral histories as “fiction,” says Groat.

“One thing we have tried to articulate to Parks Canada, the agency that oversees the board, is that there is such a diversity of perspectives about what this designation means,” says Groat, who works closely with the federal body in his role as president of the Indigenous Heritage Circle, a national non-profit organization working to advance Indigenous cultural heritage priorities. “When there is an attempt by an organization like Parks Canada to find a singular solution or approach that is more reflective of Indigenous peoples’ perspectives, I think that's very problematic. We need to recognize that these issues are complex and will require ongoing discussions.

“I often tell them, ‘It will never be easy.’ There's never going to be a solution, but that's not a bad thing.”

Groat, who was recently appointed to a faculty position within Western University's Indigenous Studies Program and History Department, has been commended by his faculty supervisor at Laurier, Susan Neylan, for being “a historian who is also able to work on contemporary policies and issues.”

“Through my research and my volunteer efforts, I am looking at how these systems need to be adapted to better recognize Indigenous ways of knowing,” says Groat. “I want my PhD research to exist as a thorough history that can guide the future work of the Historic Sites and Monuments Board of Canada. They are authorizing a narrative of what is deemed nationally significant, so it’s worth assessing how that narrative has changed over time.”