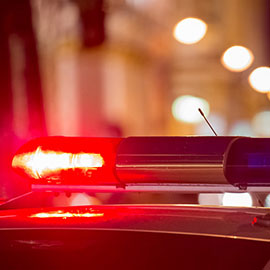 Are you extremely intelligent, technologically savvy and keen to stop crime in high-pressure situations? Congratulations — popular culture has found the right job for you: crime analyst.

Not so fast, says Laurier Associate Professor of Criminology Carrie Sanders. Her research findings show that, contrary to the glamorous portrayals, the skills required and tasks performed by crime analysts in Canada vary greatly across the country — and such inconsistency is highly problematic.

In 2014/15, Sanders, with research collaborator Camie Condon, conducted a pilot study, funded by a Laurier internal research grant, on who crime analysts are, what they do, and how they are impacting policing practices in Canada.

Now, the Laurier professor’s goal over the next three years is to develop a set of core competencies and to identify facilitators and barriers to the integration and utilization of crime and intelligence practices in Canadian police services.

But she says it is important to acknowledge that the title can be interchangeable and confusing. Some people call themselves different types of analysts — data or intelligence for example — and there are hierarchies among the titles. Traditional crime analysts work on community-level crime issues or organizational resource management and business analytics.

“While there’s a growing emphasis on big data and predictive policing, which is based on work done by crime analysts, there is little evidence to prove that the approach is working.”

As an ethnographer, Sanders conducts her research by spending time with people in their workspace, observing their work practices and conducting intensive interviews, to get a sense of what they do and how they fit into an organization.

Who are crime analysts?

The work of crime analysts has come to include, for example, developing maps that identify “hot spots” of crime, as well as weekly crime reports. The idea is that these “intelligence products” will guide officers’ actions on the ground, and assist police services in the allocation of resources— where, when and how many officers should be in certain parts of a city.

“While there’s a growing emphasis on big data and predictive policing, which is based on work done by crime analysts, there is little evidence to prove that the approach is working,” says Sanders.

Currently in the Canadian context, unlike the United States and United Kingdom, there is no accreditation program — there is no standardized understanding of what crime analyst training is like or what their core competencies should be. Because of this, Sanders says backgrounds can be extremely broad and range from a high school educated civilian working in the police service or a sworn law enforcement officer with no analyst training at all, to someone with a graduate degree in geography, computer science and criminology.

In some larger police services, external people with analytic training have been hired as crime analysts. In other cases, employees in administrative roles have been retitled to crime analyst or sworn officers, who might have been on light duty due to injury or disciplinary action, have been put into a crime analyst position.

Sanders sees great potential for the crime analyst position but believes that there needs to be greater standards for the role across all police services in Canada.

Having already researched the development and adoption of technology in police services, Sanders’ interest in crime analysts was piqued when she saw news coverage on crime stats that mapped violence hotspots throughout the country.

“These reports can create false labels for areas that might not be truly dangerous, which then has significant implications for municipal development and property values in certain neighbourhoods,” says Sanders.

If these reports, with real socio-political consequences, rely on statistics collected and categorized by crime analysts, then it is important to make sure their methodology is unquestionable, she says. This curiosity led to Sanders’ case studies.

The first study, which consisted of interviews with 80 crime analysts, found that the majority of people in this role did not feel like they were being used to their fullest potential — nor were they being used to conduct proper analysis. Instead, the majority were being asked to report on organizational accountability issues and ways to justify budget requests.

Sanders’ pilot study identified barriers to the integration and utilization of analysts. Some of these barriers were related to their civilian status, gender (as a large majority are women) and location in the service. For example, crime analysts sitting alongside frontline patrol officers reported stronger relationships, enhanced information sharing with police officers to support targeted patrols, and greater satisfaction in doing more of what they call analytic work. Some analysts sitting with administration found that police officers neither trusted them to share information, nor trusted the information they received from them.

Sanders believes that Public Safety Canada (PSC) and police associations across Canada have been working under the rhetoric of “the economics of policing.” In order to reduce policing budgets, police services are looking to “smart policing initiatives” and advanced technologies to make smarter resource allocation decisions.

Sanders’ concern with this movement, however, is that “there is little empirical evidence to support the belief that integrating advanced technologies and analytic practices is positively impacting community relationships with police services or that costs and crime are being reduced through their integration.”

To address these knowledge gaps and organizational problems, Sanders will be sharing her findings, including integration recommendations and the list of core competencies for crime analysts, with the Canadian Association of Chiefs of Police as well as the International Association of Crime Analysts.