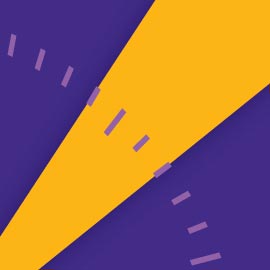 Townsend won the Laurier 3MT competition March 19. He received a $1,000 cash prize and the opportunity to present at the provincial 3MT competition, hosted by Western University.

“Preparing for this competition has really taught me to express my work in a way that is easy to understand – a very important skill that is much harder than I thought it would be,” said Townsend. “Thank you to everyone who helped me to this point. I couldn't have done it alone.”

Logan’s research examines how females respond to high-intensity interval exercise and measures some of the hormones that control how much they eat. His goal is to see whether the hormonal fluctuations associated with the menstrual cycle may partially explain why females seem to have a more difficult time achieving weight loss than males.

“I'm still in shock that I will be representing Laurier at the provincial 3MT competition, but I will do my best to make my school proud!” he said.

The Ontario 3MT competition starts at 3 p.m. More information can be found on the 3MT Ontario 2015 website.

The Three Minute Thesis (3MT) is a research communication competition that challenges PhD and master’s students to present their research topic and its significance in just three minutes to a non-specialist audience.

The 3MT competition was developed by the University of Queensland in 2008 and soon arrived at other Australian and New Zealand universities, culminating in the first Trans-Tasman competition held in 2010. 3MT has spread internationally to Tokyo, London, Edinburgh, Vienna, Vancouver and now Ontario.