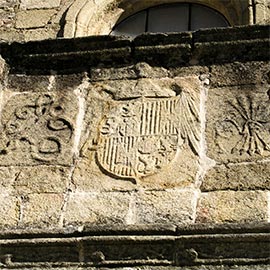 Marta Marín-Dòmine, associate professor in Laurier’s Department of Languages and Literatures, has been appointed to the Project for the Implementation of a Politics of Memory for the City Council of Barcelona. In her role with the think tank, Marín-Dòmine will advise the city’s urban planners and politicians how to deal with the markings of dictator Francisco Franco, which are still evident in some public spaces.

Composed of historians and memory experts, the think tank will also guide planners and politicians in rethinking urban spaces to commemorate the history and stories of those who fought against Franco’s regime.

“For Barcelona, as for many other European cities, time is represented in public spaces, inscribed on façades, pavements, walls, and ruins,” said Marín-Dòmine, who is also a Cultural Analysis and Social Theory (CAST) program faculty member and director of the Centre for Memory and Testimony Studies at Laurier. “The city of Barcelona wants to publicly commemorate those who fought underground for a free society.”

Franco ruled Spain from 1936 to 1975, with periods of harsh repression, arbitrary executions, and exile. Barcelona is the capital of the Catalan Autonomous Community, one that received particularly severe treatment under Franco; he abolished its democratic institutions, and forbade the use of the Catalan language.

Upon Franco’s death in 1975, politicians at that time chose to silence Spain’s recent past, fearing conflict. In 2007, the Historical Memory Law passed in Spanish government, as well as in Catalonia (known there as the Memorial Democratic), formally condemning Franco’s regime, and giving rights to his victims and their descendants.

With expertise in testimonial and survivor literature, Marín-Dòmine finds that reading the past, particularly the voices of the victims of Francoism, can help to better understand the difficulties of the present.

“Literature is a way to constantly re-actualize the past, and to rethink it in the context of our present,” she said.

The work of the think tank will also allow Barcelona to rethink the narratives of other historical events – such as the revolts of the 1930s and nineteenth-century – as their protagonists also fought for a new and democratic society.

For more information on the think tank or testimonial literature, please contact Marín-Dòmine at 519.884.0710 x2791.