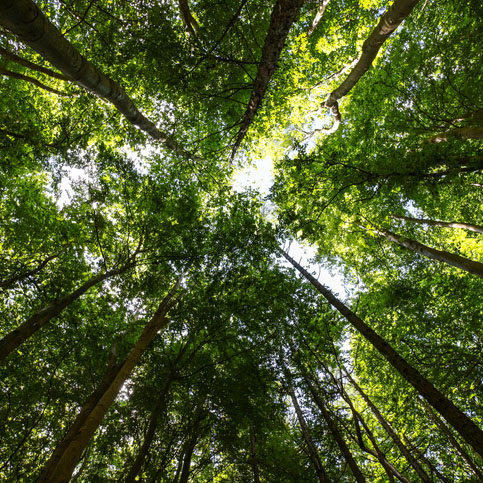 Waterloo – Wilfrid Laurier University has signed the Investing to Address Climate Change: A Charter for Canadian Universities, which commits signatories to adopting a responsible investing framework to guide decision-making that takes into account a broad set of environmental, social and governance factors. The charter, which recognizes that climate change is one of the defining challenges facing humanity, has been signed by 16 other universities across Canada.

“Universities have both the capacity and responsibility to lead by example in the pursuit of sustainability in our operations,” said Deborah MacLatchy, Laurier’s president and vice-chancellor. “We hope that together with our peer institutions we will collectively do more to fight climate change and create a global impact.”

In June 2021, Laurier’s Board of Governors approved a strategy to reduce the greenhouse gas emissions associated with the university’s endowment fund by 40 per cent by 2030. The approach allows for progress to be measured and tracked and was recommended by the university’s Investments Oversight Committee (IOC), which began its investigation of responsible investment in 2017. In arriving at the recommendation, the IOC engaged in public consultations with students and faculty, received presentations from various campus experts on investments and climate change and reviewed 47 written submissions from various stakeholders at Laurier. As a second recommendation by the committee, Laurier is in the process of establishing a separate fossil fuel-free endowment fund.

More than 20 donors to the university have already communicated interest in moving endowment funds valued at more than $3 million to the fossil fuel-free fund. New donors will have the option of investing directly into the fund once it is introduced.

“This is a made-at-Laurier approach that aims for an overall reduction in carbon emissions across a broad range of industries,” said Lloyd Noronha, vice-president: finance and administration. “Responsible investing is a significant way to address the environmental, social and economic impact of climate change by encouraging a low-carbon economy.”

The responsible investing practices are guided by Laurier’s institutional strategy and aligned with Laurier’s Sustainability Action Plan, which calls for the university to significantly reduce its carbon footprint over the long term. As an institutional leader in environmental sustainability, Laurier continually takes action to decrease its carbon footprint across all areas of the university.

In the first quarter of next year, a newly installed micro-grid on Laurier’s Waterloo campus is slated to go online. The Laurier Energy Efficiency Project (LEEP) connects rooftop solar panels into a generator and battery energy storage system. The $50-million project will provide electricity for the university as well as feed power back into the provincial grid, resulting in the creation of sustainable energy and minimizing electricity charges. The infrastructure to support electric vehicles is also being expanded with the installation of five additional EV charging stations on the Waterloo campus during the coming year.

In Milton, where Laurier is building a new campus, the facilities will also reflect the focus on sustainability and planetary health. The campus, which is scheduled to open its first building in 2024, will feature state-of-the-art technology resulting in deep-green buildings with a minimum zero-carbon footprint.

Laurier’s commitment to sustainability-focused programs and initiatives has earned it a number of recognitions. Laurier is a member of the Association for the Advancement of Sustainability in Higher Education and was named one of Canada’s Greenest Employers for the third year in a row in 2021. The Princeton Review lists Laurier as one of North America's most environmentally responsible post-secondary institutions and the Corporate Knights recognized Laurier for having the most sustainable campus in Ontario and the third most sustainable campus in Canada in 2017.