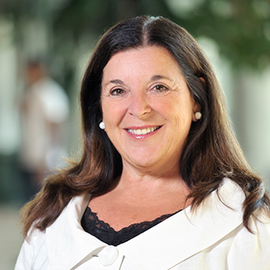 Laurier to host international expert on women’s leadership in academia

Laurier to host international expert on women’s leadership in academia

In a recent op-ed published in Policy magazine, Timmons addresses troubling statistics on gender and diversity at Canadian universities. For example, only 23 per cent of university presidents in Canada are women and only 29 per cent of Canada Research Chairs are women. In her article, Timmons asserts that, “Universities are a reflection of our society, but should not in fact be a mere reflection; instead, universities should lead societal change rather than uphold the inequities.”

“It’s terrific for Laurier to be hosting Dr. Vianne Timmons, one of Canada’s most influential speakers on women’s participation in academic leadership,” said Deborah MacLatchy, Laurier’s provost and vice-president: academic. “She is an articulate and passionate speaker who is able to speak about the challenges, highlighted by her own experiences, in a way that identifies opportunities for positive change and action. This is a timely conversation for universities as we work to increase our inclusivity and the diversity of our leaders to best represent our communities.”

Named one of Canada’s Most Powerful Women in 2008, 2009, 2010 and 2011, Timmons is a nationally and internationally recognized expert in inclusive education and literacy research. As the first female university president in the province of Saskatchewan, Timmons has been a strong advocate for the development of women leaders in both the province and beyond.

The talk will be held on Oct. 11 at 4 p.m. at the Robert Langen Art Gallery in the Library on Laurier’s Waterloo campus and will be followed by a question-and-answer session and reception. The event is free and open to the public.  RSVP for the event.