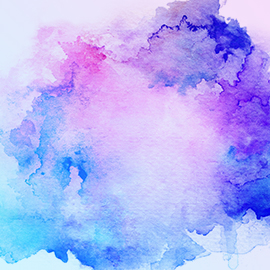 Laurier’s Board of Governors approved the university’s “Gendered and Sexual Violence Policy and Student Procedures” Nov. 24. As a key element of Laurier’s broad-based prevention efforts led by the university’s Gendered Violence Task Force (GVTF), the policy’s primary purpose is to outline how the university will respond to gendered and sexual violence experienced by students, with the goal of providing appropriate support services and accommodations to all those affected. The policy will address many of the recommendations of the GVTF 2016 campus safety survey, “Students’ Perceptions and Experiences with Sexual and Gendered Violence.”

“The central premise of the policy and procedures – along with all of our gendered violence prevention efforts at Laurier – is that the university is committed to fostering a culture of consent where gendered and sexual violence is unacceptable and is not tolerated in any form,” said Lynn Kane, manager, gendered violence prevention and support. “This means that we are focused on supporting survivors with compassion and respecting their rights to make decisions about how they proceed in addressing their own experiences.”

For those who have experienced gendered violence, the policy and procedures explain the differences between disclosing an incident, reporting an incident and registering an official complaint, along with the associated steps, supports and any limits to confidentiality. Victims or survivors will be kept informed about the steps taken following information they have shared, the status and outcome and who has been informed.

The policy also outlines the university’s continued commitment to education, prevention, support and accountability, including promoting positive bystander behaviours, challenging myths and the normalization of sexual violence, and recognizing that gendered violence impacts some populations more than others.

These policy elements address key recommendations arising from the campus safety survey conducted by the GVTF research and assessment working group during the 2016 winter semester. Students were asked to report on their experiences over an eight-month period from September 2015 to April 2016; 2,899 students participated.

“We conducted this survey because we wanted to be proactive and better understand the experiences of students on our campuses, and because we are committed to initiating specific, evidence-based change,” said Rebecca Godderis, associate professor and Laurier gendered violence faculty colleague. “We know that incidents of gendered violence happen everywhere; we know that it is not an issue that’s unique to Laurier, but we want to understand and address it from a Laurier perspective.”

The survey, which was conducted on Laurier’s Waterloo and Brantford campuses, assessed students’ perceptions of the campus climate, training, knowledge of resources, experiences of sexist behaviours and sexual violence, and bystander behaviours.

“Our students told us that they are motivated to confront gendered and sexual violence,” said Michael Woodford, associate professor and Laurier gendered violence faculty colleague. “We recommend encouraging peer-to-peer accountability and continuing to educate students about the continuum of violence from subtle discrimination to sexual assault. In this way, we can help to further promote a culture where gendered violence is not tolerated.”

Survey recommendations also include implementing a training plan to educate students about the university’s new policies and procedures, the range of resources and supports available, and the role of Laurier’s recently hired sexual assault support advocate.

While survey results indicated that the vast majority of students felt safe at Laurier and perceived that the university was genuinely concerned for their welfare and would take a report of sexual violence seriously, the university is focused on supporting those who have experienced gendered violence.

Of the students who completed the survey, more than half had experienced or witnessed sexist jokes or inappropriate comments during the time period. Eleven per cent indicated they had experienced unwanted sexual contact. Results indicated that compared to their peers, there were disproportionately higher rates for these incidents among females, LGBQ+ students and students with a self-identified physical or mental health condition. Noting that the survey was conducted before the university adopted its new policy and procedures, results showed that of those who experienced gendered violence, the majority told someone about the incident, but only two per cent reported formally through university processes.

“We are committed to delivering awareness programs about our new policy, procedures and supports for students, with ongoing commitment to education and training efforts,” said Kane. “Our goal is to make students aware of the options available to them, whether a survivor ultimately chooses to disclose through the university’s procedures or through other avenues.”

Survey recommendations point to the importance of identifying on- and off-campus supports for the groups identified as more likely to experience sexual violence, and ensuring they are accessible, which is addressed in the policies and procedures.

Laurier began developing its gendered violence policy and procedures in 2015 following a student-led initiative and before policies were required by the province. Last spring, the university consulted students, student groups, both student unions, faculty and staff unions, survivors, the Sexual Assault Support Centre of Waterloo Region and the Sexual Assault Centre of Brant and the university’s gendered violence faculty colleagues. Further student consultation on the draft policy and procedures occurred through town halls and one-on-one meetings. Laurier’s policy and procedures and its recent safety survey are part of the university’s long-term gendered violence prevention efforts, coordinated through Laurier’s GVTF, which consists of staff, faculty, and students from across Laurier’s locations organized into five working groups.

In September, Laurier formalized its partnerships with the Sexual Assault Support Centre of Waterloo Region (SASCWR) and the Sexual Assault Centre of Brant (SACB) to enhance available sexual violence supports and services through the presence of on-campus agency counselors. Laurier also established a sexual violence support advocate role to provide a direct and accessible avenue to support and care and to guide survivors and others through the options available on and off campus and to advocate for their needs.

For those who have experienced gendered violence, support options are available on the Laurier website.