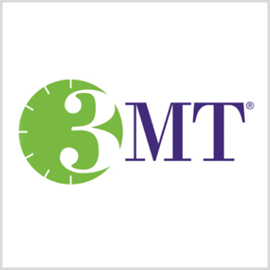 WATERLOO – An average thesis is about 80,000 words and would take most readers four hours or so to finish, and that is if they already had some understanding of the field. Hence the Three-minute Thesis (3MT) Competition, where on March 11, Laurier Master’s and PhD students will be challenged to explain their theses in only three minutes and in a way that everyone should be able to understand.

The 3MT is a communications competition where graduate students explain their thesis to a panel of judges in three minutes or less. Developed in Australia by the University of Queensland in 2008, the 3MT is now an annual event at graduate schools around the globe.

“When I speak with grad students participating in the 3MT, I tell them that their friends and relatives should be able to understand what they are working on,” said Joan Norris, dean: Faculty of Graduate and Postdoctoral Studies. “The ability to communicate complex ideas in simple terms is an essential skill for students to learn before they enter the job market. The 3MT gives our students a perfect chance to hone that skill.”

A panel of judges made up of faculty and community members score each presenter’s ability to engage the audience and explain the significance of their research in plain language. The students have the aid of a single static slide. Presenters that go over the three-minute time limit are disqualified. The winners of the 3MT receive cash prizes up to $1,000 and the winner goes on to compete at the provincial 3MT competition, which Laurier will host this year on April 14.

“It was a unique challenge to try and explain my research so quickly and in a way that anyone could understand,” said Logan Townsend, Master of Kinesiology student and last year’s 3MT Laurier winner. “It might have been intimidating, but the skills are invaluable."

Currently, there are 20 graduate students registered to compete in this year’s 3MT. Topics will include:

The 3MT starts at 9 a.m. in the Senate and Board Chamber on Laurier’s Waterloo campus. The event is open to everyone wanting to learn about research being conducted at Laurier – three minutes at a time.