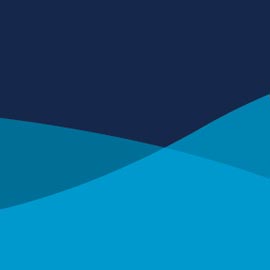 WATERLOO – Over a million migrants arrived in Europe last year seeking asylum from war and conflict. Yet many researchers warn these numbers are small compared with the number of people who will be displaced globally because of climate change in the coming decades. Wilfrid Laurier University will be hosting a two-day workshop on environmental migration Jan. 21-22.

The event, sponsored by the U.S. Consulate General in Toronto, brings Canadian and American experts on global environmental migration together to explore the potential implications for North America. During the two daytime workshops, researchers will be joined by Canadian and American officials in discussions to help frame a research agenda that addresses priority information needs to support policy and decision-making.

“Environmental migration is one of the biggest challenges the world will face this century,” said Robert McLeman, organizer of the event and associate professor in Laurier’s Department of Geography and Environmental Studies. “People are already on the move in many parts of the world for environmental reasons and their numbers are growing. This workshop brings together leading North American experts on environmental displacement and migration for an open discussion about this future crisis and what we should be doing about it now.”

“Climate change is already impacting our daily lives, making it important that our countries look ahead collaboratively and act strategically regarding environmental displacement,” said U.S. Consul General Juan Alsace. “In some places, rising ocean levels threaten low-lying islands, forcing inhabitants to seek a safer environment; these ‘climate refugees’ are increasing in number. Workshops similar to this are vital to explore the potential implications for North America.”

The workshop will also feature a public event titled “Environmental Refugees…the Next Wave?” on Jan. 21 from 7 p.m. to 8:30 p.m. at the Balsillie School of International Affairs (67 Erb St. W., Waterloo) in the main auditorium.

The evening will feature brief introductory remarks from Consul General Alsace and Max Blouw, president and vice-chancellor of Wilfrid Laurier University, followed by a panel discussion on how climate change and environmental degradation will affect global migration patterns in the coming decades.

For more information and to register visit laurierenvironmentalmigration.com.