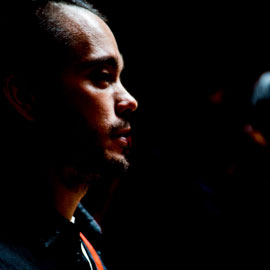 BRANTFORD – Wilfrid Laurier University will welcome Sean Devlin, an artist with a political practice from The Yes Men, as the 2016-17 activist-in-residence. The Yes Men raise awareness about problematic social and political issues through the use of interventionist media art practices, ‘identity correction,’ and tactical media.

Devlin will be the guest of Laurier Brantford’s Digital Media and Journalism (DMJ) program and will create a “Yes Lab” on campus during his residency. The lab will bring together students, faculty, an activist group or a non-governmental organization (NGO), members of the local community and the Yes Men to develop effective and educational activist projects.

"The Yes Lab exists to support people wanting to experiment with bold, creative action,” said Devlin. “Laurier's residency program is breaking new ground among Canadian academic institutions, so this collaboration seems like a natural fit. I am very excited to see what sort of projects the students develop through this process."

Devlin is a Filipino-Canadian filmmaker and comedian. He graduated from the Vancouver Film School in 2003 and has been performing as a stand-up comedian for 14 years. He has produced comedic content for CTV and The Guardian and his documentary work has been featured in the New York Times, Buzzfeed and on Upworthy.com. Devlin was the principal artist and organizer at the viral political comedy site ShitHarperDid.com.

In 2011, Devlin began working with the Yes Lab and has since served as action coordinator and workshop facilitator in numerous Yes Labs across Canada, the United States, the Netherlands, Switzerland, Germany, Denmark, Bosnia, England, Poland, Switzerland, Lithuania, Turkey and Brazil. Devlin has participated in numerous Yes Men actions including the viral Shell Arctic hoax, Occupy Wall Street creative confrontations and infiltration of the Trans-Pacific Partnership trade negotiations. In 2011, members of his family lost their home in the Philippines during Typhoon Sendong; as a result, his current activist work focuses largely on climate change.

“The Yes Men were nominated for the activist-in-residence position because of the tactics they employ to leverage and exploit the power and structure of media to raise awareness and launch actions resulting in enormous media coverage for social and environmental justice campaigns,” said Abby Goodrum, professor in Laurier’s DMJ program. “By bringing the Yes Men to Laurier and by creating a Yes Lab on campus, we will give our students real-world experience while advancing an important cause they care deeply about.”

The first Yes Lab workshop will run Oct. 22 to Oct. 23. This intensive workshop will focus on brainstorming numerous project ideas, developing action plans and establishing working groups committed to developing separate projects on a variety of social justice and/or environmental issues. An official launch party will be held Oct. 24 featuring Devlin and a founding member of the Yes Men.

A follow-up workshop will be held Nov. 19 to Nov. 20, where Devlin will provide intensive project support, offering specialized trainings and mentorship based on the practical needs of different working groups.

Devlin will host the final workshop of the Yes Lab series, where participants will complete their projects. Watch the events calendar on the Laurier website for additional details on these events.

The activist-in-residence program is designed to encourage students, faculty and the broader community to explore and engage with important contemporary issues.