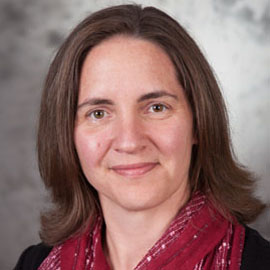 WATERLOO – Tammy Schirle, director of the Laurier Centre for Economic Research and Policy Analysis, is co-leading a project examining the sources of Ontario’s gender wage gap in the private sector.

Schirle’s project, in partnership with Ana Ferrer from the University of Waterloo, is one of only three from across the province funded by the Ontario Pay Equity Office’s Gender Wage Gap Grant Program.

“Our results suggest that in some industries, women actually appear more skilled than men, but are paid less for their skills as they are segregated into ‘women’s’ jobs within the industry,” said Schirle, associate professor in Laurier’s Lazaridis School of Business and Economics. “In the construction industry, for example, there is a 19 per cent difference between men’s and women’s wages. Here, if men and women were paid the same wages for the same skills, we would not see any gender wage gap at all.”

Equal Pay Day takes place annually to recognize the difference between what equally qualified men and women are paid for equal work. Equal Pay Day is used to demonstrate that women – who generally earn less than men – must work longer to earn the same amount that men earned in the previous year. In 2016, Equal Pay Day falls on April 19.