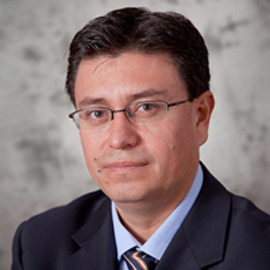 WATERLOO – Chief Financial Officer (CFO) optimism about the Canadian and U.S. economies has weakened, but remains the strongest in the world; while nearly half of Canadian firms say they plan to increase wages more than three per cent in the coming year to try to fill vacant job openings in key positions, according to the latest survey results of the Global Business Outlook Survey.

The survey, which concluded Sept. 4, has been conducted for 78 consecutive quarters and spans the globe, making it the world’s longest-running and most comprehensive research on senior finance executives. Canada has been included in the survey since January 2015, with support from the Financial Services Research Centre (FSRC) at Wilfrid Laurier University’s Lazaridis School of Business & Economics.

“The survey helps us to get new insights into the business climate in Canada and compare them to the rest of the world,” said M. Fabricio Perez, coordinator of the Canadian survey and Finance professor at the Lazaridis School.

The survey also explores the view of Canadian CFOs about U.S. Presidential Candidates. Results show that the majority (54.3 per cent) of Canadian CFOs believe that Hillary Clinton is the candidate that would be best for their business.

Most Canadian companies (88.9 per cent) say they have job openings in key positions and 44.6 per cent of them find it difficult to fill these slots. Canadian firms expect to hike wages by 3.1 per cent over the next 12 months, with wage growth strongest in the tech, manufacturing and banking industries. In fact, 41.2 per cent of the CFOs surveyed have recently increased, or are planning to increase, the real wages of their primary employees. The number of full-time employees is expected to increase by 4.7 per cent next year, particularly in the tech and banking sectors. These results are very similar to the U.S.

CFO optimism about the Canadian economy has weakened as executives rate the outlook at 59.6 – down from 62.3 in the Spring and 63.0 at the beginning of the year – on a 100-point scale. Similarly, U.S. CFO economic optimism has also declined but remains the strongest of all the countries surveyed.

When it comes to their own company’s financial prospects, compared with the last quarter, Canadian financial executives are also feeling less optimistic. Nevertheless, their business plans seem to be strengthened. Capital spending is expected to increase by 26.1 per cent during the next 12 months, along with earnings (7.2 per cent) and revenues (8.2 per cent).

“The expected growth in capital spending could be attributed to two reasons. First, Corporate Canada is continuing to take advantage of a global economic recovery. Second, a weak Canadian dollar will help Canadian companies to export to the U.S.,” said Si Li, finance professor at the Lazardis School, and coordinator of the Canadian survey.

Mergers and acquisitions (M&As) are expected to continue, as 22.2 per cent of the companies are planning to make an acquisition during the next year. M&As will be performed mainly by companies in the banking industry and service consulting. Deals will be funded primarily by cash and debt. Investment strategies will have the purpose of diversifying the product portfolio across geographic regions and will attempt to improve strategic positions within their respective industries.

Canadian Stock Market is not Overvalued

More than 50 per cent of Canadian CFOs think that the Canadian stock market is correctly valued. This differs from the U.S., where even after the recent correction more than half of CFOs believe that the market is still overvalued.

“This is not a survey of the average voter. These are our business leaders,” said John Graham. “It appears U.S. CFOs believe that presidential candidates with business experience would be best for their own businesses, given the backgrounds of Donald Trump and Carly Fiorina.”

Detailed results, including summaries of the figures in this release and results from the previous surveys are available at www.cfosurvey.org.

The Duke University/Global Business Outlook survey polls a wide range of companies (public and private, small and large, many industries, etc.), with the distribution of responding firm characteristics presented in online tables. The responses are representative of the population of CFOs that are surveyed. Among the industries represented in the survey are retail/wholesale, mining/construction, manufacturing, transportation/energy, communications/media, technology, service/consulting and banking/finance/insurance. The average growth rates are weighted by revenues or number of employees. For example, one $5-billion company affects an average as much as 10 $500-million firms would. Revenue-weighted mean growth rates are provided for earnings, revenues, capital spending, technology spending and prices of products. Employee-weighted mean growth rates are used for health care costs, productivity, number of employees and outsourced employment. The earnings, dividends, share repurchases and cash on balance sheet are for public companies only. Unless noted, all other numbers are for all companies, including private companies.