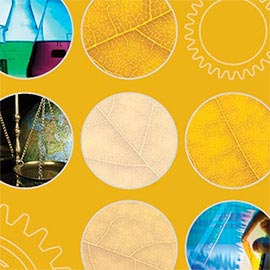 The results from NSERC’s 2015 Discovery Grant, Research Tools and Instruments and Canada Graduate Scholarships competition were announced June 22 at the University of Ontario Institute of Technology by the Honourable Ed Holder, minister of state (science and technology), and Mario Pinto, president of NSERC. The awards included 3,800 research grants and scholarships totaling more than $443 million.

A wide range of Laurier research projects received funding, including: ways that the central nervous system adapts to optimize muscle effort during tiring exercise; design and creation of new organic molecules that can assemble themselves in a predictable manner to form new materials; a new framework, based on multiscale mathematical models, developed for the analysis of tiny systems that can be as small as 1/1000th the diameter of a human hair; and understanding and predicting water flow and storage processes in landscapes that are changing due to permafrost thaw.

“The Laurier researchers included in today’s announcement represent the excellence of our scientists in our faculties of Science, Arts and Business and Economics,” said Deborah MacLatchy, Laurier’s vice-president: academic and provost and acting vice-president: research. “We are very proud of these researchers and the contributions they are making to scientific discovery in Canada.”

The Discovery Grants Program is NSERC's largest and longest-standing program and a key element of Canada's support for excellence in science research and training at Canadian universities. The following Laurier researchers were awarded Discovery Grant funding:

“This level of funding not only helps to further our faculty members’ research programs, but it also provides the resources necessary to support research experiences for students,” said MacLatchy.

For more information about NSERC’s programs, and to view its news release, please visit the NSERC website.