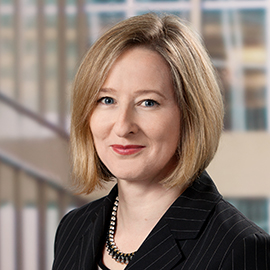 Bank of Canada senior deputy governor to speak at Laurier

Bank of Canada senior deputy governor to speak at Laurier

WATERLOO – For Carolyn Wilkins, the No. 2 policymaker at the Bank of Canada, speaking at Wilfrid Laurier University will be a unique homecoming.

Wilkins, the first woman to be appointed senior deputy governor for the Bank of Canada, graduated from Laurier with an Economics degree in 1987. On Nov. 13, she will be returning to her alma mater as the university’s inaugural economist-in-residence. Wilkins will deliver a keynote address entitled, “Money in a Digital World” at 3 p.m. in the Maureen Forrester Recital Hall on Laurier’s Waterloo campus.

“We are very pleased to welcome Carolyn as our inaugural Economist-in-Residence,” said Micheál J. Kelly, dean of Laurier’s School of Business and Economics. “Hearing from an alumna in such a leadership role at the central bank is an outstanding learning opportunity for our students.”

The speech will be Wilkins’ first public address in her high-profile position at the Bank of Canada.

After graduating from Laurier and then earning her master’s degree from the University of Western Ontario, Wilkins began her career in the Federal Department of Finance before moving to Canada’s Privy Council Office, where she worked under three prime ministers. Wilkins started with the Bank of Canada in 2001 and worked her way up through increasingly senior positions before being appointed senior deputy governor this past April.

The Laurier economist-in-residence is an appointed honour by the dean of the School of Business and Economics, and has been developed to deliver a perspective to students beyond their studies and research in the classroom. Wilkins’ Nov. 13 address will be free of charge and open to media and the public. More information is available on the School of Business and Economics website.