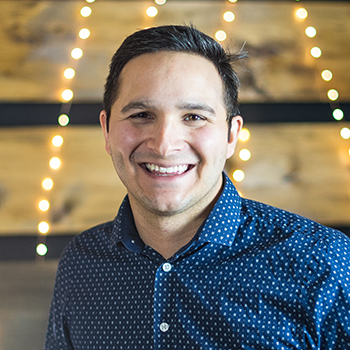 Wilfrid Laurier University’s LaunchPad Brantford is accepting applications for the next cohort of its Foundations start-up program. The program consists of an online curriculum with 12 modules, bi-weekly webinars, mentorship with successful entrepreneurs, and one-on-one personalized coaching.

Deshpande was working in the broadcasting industry for several years before launching Closed Caption Creator Inc. He knew there was a gap in the industry for closed captioning software. In Canada, broadcasters are required to have 100 per cent captioning from 6 a.m. to 2 a.m., but there aren’t many captioning tools out there.

While living in Brantford, Deshpande joined the annual pitch competition held by Launchpad and discovered the Foundations program. He was matched with two mentors, Blake Dickson and Scott Pelton, who he continues to connect with today.

“Before I joined LaunchPad Brantford, my product was a caption editor. Since then, it has turned into a suite of tools that do everything from creating closed captions to quality control, all the way to being used throughout the media supply chain,” says Deshpande.

During the course of the program, participants are led through an online curriculum giving entrepreneurs the tools to start and run a successful business. Participants are also matched with mentors who provide invaluable business advice, like Pelton.

“Being an entrepreneur or CEO can be lonely,” says Pelton. “By joining LaunchPad, entrepreneurs are connecting with like-minded people and accessing resources, all free of charge.”

Since graduating from the LaunchPad program, Deshpande has released five new products, some of which have been used by large media companies, including Discovery and Warner Brothers. His output has exceeded his expectations, including working on a project that would provide closed captioning in the Inuit language. Deshpande has even connected with a non-profit organization that helps makes museum exhibits more accessible.

“Any time you build something that is actually having an impact, I think that’s pretty cool,” says Deshpande.

It was his experience at Launchpad that allowed Deshpande to connect with a larger federal grant program that took his business to the next level.

“There are a lot of advantages to being a start-up in a smaller city like Brantford,” says Dean Braund, CEO of Ardency Corporation and mentor in the LaunchPad Foundations program. “Entrepreneurs can benefit from the exposure and structure that LaunchPad brings.”

LaunchPad is free and open to current Laurier students, Laurier alumni and community members from the City of Brantford, County of Brant, Six Nations of the Grand River and Mississaugas of the Credit First Nation.

The next cohort for new ventures starts Jan. 10. There are a limited number of spots available. Find more information at laurierlaunchpad.ca and apply online by Dec. 31.