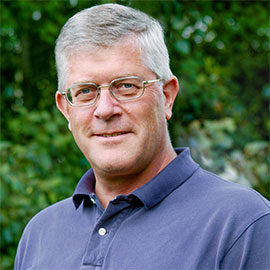 Max Blouw, who served as Laurier’s president and vice-chancellor from 2007 to 2017, has been appointed as a member of the Order of Canada. Blouw received the honour for his dedicated leadership as an academic administrator and for his advancement of evidence-based research at Canadian universities.

“The honouring of Max Blouw as a member of the Order of Canada is very well-deserved,” says Deborah MacLatchy, Laurier’s president and vice-chancellor. “It recognizes his significant accomplishments as an academic administrator, including as past president and vice-chancellor at Laurier, as well as his career-long contributions to the post-secondary research ecosystem in Canada. I wish him my sincere congratulations.”

The Order of Canada is one of Canada’s highest civilian honours, recognizing outstanding achievement, dedication to the community and service to the nation. On Nov. 27, 114 appointments were named, including eight companions, 21 officers, 84 members and one honorary member. Recipients will receive their insignia at a ceremony, which will be held at a later date.

Blouw was president and vice-chancellor during a time of significant growth at Laurier. Under his leadership, the Brantford campus saw extensive expansion, including through the opening of the Research and Academic Centre, the start of construction on the Laurier Brantford YMCA complex and the purchase of the Market Square building, as well as the creation of two faculties. On the Waterloo campus, Lazaridis Hall and the Centre for Cold Regions and Water Science were built.

Blouw was instrumental in enhancing Laurier’s overall reputation as a comprehensive, multi-campus university, while maintaining the intimate, close-knit feel the university is known for.

Outside of his tenure at Laurier, Blouw has also served as vice-chair and chair of the Council of Ontario Universities and as an executive council member and chair of several committees for the Natural Sciences and Engineering Research Council of Canada.

Since 2019, Blouw has served as president of the Research Universities’ Council of British Columbia.