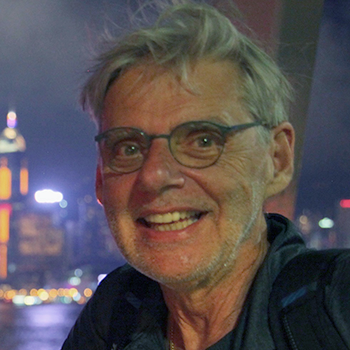 Thomas O. Hueglin, professor of Political Science at Wilfrid Laurier University, was recently awarded the Publius: The Journal of Federalism Distinguished Scholar Award by the International Political Science Association (IPSA). The biennial award is given to living, recognized scholars whose publications continue to make significant contributions to the understanding and appreciation of federalism.

Federalism, a system of government in which power is divided between a federal legislature and state or provincial legislatures, has been a focus of Hueglin’s academic career since completing his PhD at Switzerland’s St. Gall University in 1977. Hueglin joined Laurier’s Department of Political Science in 1985.

“Congratulations to Professor Hueglin on this lifetime achievement award,” says Jonathan Newman, vice president: research. “We are proud to have one of our faculty members recognized internationally for their body of research.”

Hueglin was chosen for the Distinguished Scholar Award by his peers at the IPSA, the world’s largest political science association. The award is typically presented at the annual IPSA World Congress event in July, but the 2020 conference has been postponed until 2021 due to the COVID-19 pandemic.

Hueglin was previously honoured as Laurier’s 2009-10 University Research Professor and he has advised Canada’s Royal Commission on Aboriginal Peoples and the Constitutional Drafting Commission of the Republic of Yemen. His most recent publication was the second edition of his book Comparative Federalism: A Systemic Inquiry, co-authored by Alan Fenna. Hueglin’s next book, Federalism in Canada, will be published in 2021.