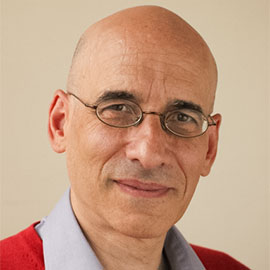 Michael Sibalis, professor emeritus of history and our colleague and dear friend, died early Tuesday morning. Sibalis was a prolific historian with a remarkable range of scholarly interests, making significant contributions to the histories of homosexuality, the police under Napoleon, and the early nineteenth-century French working class. Born in Montréal in 1949, he graduated from McGill University in 1970 and took a doctorate from Concordia University in 1979. He taught at numerous universities across Canada before joining Laurier’s History Department in 1991.

A student of the great social historian George Rudé, Sibalis first broke into print with a series of articles on French laborers, workers’ organizations, and Fourierism — a set of economic, political, and social beliefs developed by Charles Fourier. A life-long fascination with Napoleon led him to produce studies of the development of a police state during the First Empire. In the late 1990s he made yet another scholarly shift to become one of the pioneers in the history of French homosexuality. At the time of his death, he was working on a book on gay Paris.

Sibalis’ range as a scholar was matched by the exceptional breadth of his teaching. At Laurier, generations of history students passed through his survey of modern European history. He also taught courses on the history of Paris, Napoleon and Napoleonic France, Vichy France, sex and sexuality, and war and society.

Not just a French historian, Sibalis was also a Parisian. He arrived as a young doctoral student in the middle of the 1970s, first settling in Montparnasse before moving to his beloved Marais, where he lived for almost twenty-five years. During this time, he did not just chronicle the profound transformations in gay life occurring in the city; he participated in them. Sibalis was never happier than when wandering the streets of Paris, preferably with a friend, as a long summer day softly gave way to night.