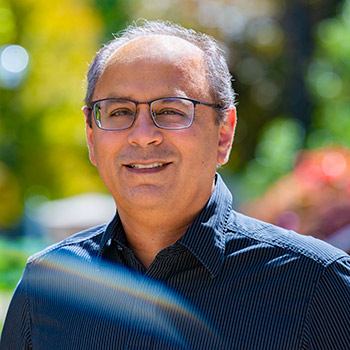 Dr. Neil Arya, a family physician and Wilfrid Laurier University’s newest Scholar-in-Residence, is releasing a new book that examines the factors that influence the health and health care of Canada’s marginalized populations.

The book addresses the need for systemic change, both inside and outside the Canadian health care system, and will engage those involved in public health and public policy, nursing, social work, and more.

“It is meant to look at the cross-cutting issues involving these under-served populations, the reasons that they’re under-served, and the ways that we can interact with them with humility and solidarity,” said Arya.

The book’s contributors come from across Canada and span the fields of research, education and advocacy. Among them are:

All five will attend the official launch of Under-Served on October 2 at 2 p.m., at the Queen Street Commons Café, 43 Queen St S., Kitchener, to discuss their perspectives on what influences the health of those who are under-served.

Arya, a family physician, researcher, and the founding director of the Kitchener- Waterloo Refugee Health Clinic, will be on hand along with co-editor, Dr. Piggott.

Laurier conferred Arya with an honorary Doctor of Letters in 2011 to recognize his commitment to both local and global health improvement. Arya also serves as a fellow at the International Migration Research Centre.

Those wishing to attend the book launch are asked to RSVP.