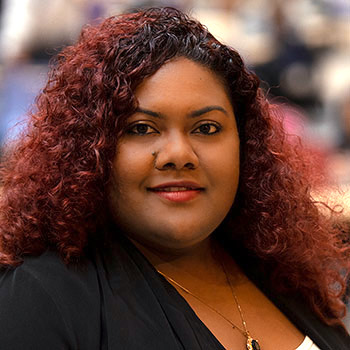 There’s a story that goes like this: HIV was once an epidemic but these days, it’s a chronic condition manageable over the long term with drugs. With more people taking pre-exposure prophylaxis (PrEP), transmissions are being prevented. Many believe we are at a point where we can even start talking about a post-AIDS future.

That’s not the story for Black and Indigenous communities in Canada, says Ciann Wilson, a Wilfrid Laurier University assistant professor of community psychology and co-director of the Laurier Centre for Community Research, Learning and Action.

The Real Story of HIV/AIDS

The current narrative about an era beyond HIV/AIDS is based on the experiences of white, middle-class gay men, says Wilson. It’s symptomatic of what she sees as the lack of HIV research, programming and advocacy focused on Black and Indigenous communities, including members of those communities who are LGBTQ+, use drugs and/or engage in sex work.

“If we really want to understand what’s going on in our communities, we have to listen to all the perspectives of the people living the realities,” says Wilson. "Only then can we initiate strategies that are impactful in addressing HIV transmission and other health ills.”

“The assumption is that Black men are the promiscuous – and often closeted – carriers of HIV to Black women,” says Wilson. “There’s not enough acknowledgement that Black, same-gender-loving men are also feeling the brunt of this disease and are often navigating what it is to be a Black, queer man facing all kinds of socioeconomic and systemic challenges.”

In Indigenous communities, data shows that HIV transmission occurs most commonly through intravenous drug use. However, doctors, policy makers and members of the general public tend to focus judgmentally on individual behaviours without considering how racism and the intergenerational trauma caused by colonialism may be leading people to self-medicate, says Wilson.

Indigenous and Black communities have much in common historically and today, and these factors have direct implications for the health and well-being of these communities, says Wilson.

“People were removed from their territories, families, traditions and culture, and placed on reserves or small plots of land that were intentionally under-resourced, as was the case with many Black Nova Scotians and Ontarians over the past 400 years. They were shown the most extreme forms of racist violence, from having their churches and businesses burned down to having their well waters poisoned. Only when you grasp that can you understand what Indigenous and Black peoples have had to overcome and are still overcoming just to survive in this country,” says Wilson.

“An entire branch of science called epigenetics is finding important physical markers that link stress, violence and trauma to poor health outcomes such as premature aging, post-traumatic stress disorder, heart disease, etc.,” says Wilson. “HIV is just one chronic illness out of many that Black and Indigenous communities are more susceptible to as a result of enduring ongoing forms of violence.”

Barriers to Diagnosis and Treatment

An estimated 14 per cent of people who have HIV in Canada don’t know it, according to the Public Health Agency of Canada.

“There are a lot of barriers to testing in terms of finding a doctor you trust,” says Wilson. “Racism is a huge one. I’m working on a study about health care access in Waterloo Region and I can’t tell you the number of times I’ve heard from Black folks about doctors speaking down to them, with authority, as if they didn’t know or understand anything.”

A barrier to treatment adherence is that in addition to medication, people living with HIV/AIDS must take good care of their general health.

“How do you maintain a proper diet if you can’t afford to buy certain kinds of foods? Or pay for a gym membership? If you live where there aren’t grocery stores with fresh fruit within walking distance, or if you can’t get to the stores because you don’t have access to a car? These factors that we often take for granted are daily challenges for marginalized communities that make things infinitely more difficult in terms of maintaining a healthy lifestyle,” says Wilson.

Wilson says lowering rates of HIV/AIDS in Indigenous and Black communities will require structural changes, both big and small.

One is changing the way research is conducted. Specific research ethics policies are now common for scholars working with Indigenous peoples but the same doesn’t apply for other vulnerable communities.

Wilson is now working with University of Toronto doctoral student LLana James and the AIDS Committee of Cambridge, Kitchener, Waterloo and Area to develop a research ethics, data collection and evaluation protocol for researchers working with African, Caribbean and Black communities.

Wilson would also like to see larger changes. One is dealing with socioeconomic disparities. Another is recruiting, training and retaining more Indigenous and Black doctors, nurses, and health-care providers. However, Wilson says a challenge remains getting the average Canadian to acknowledge the existence and impact of systemic racism.

“Until we come to a reckoning about our own problems with ongoing racism, colonialism, Indigenous erasure and anti-Black violence, we will not be able to appropriately address these issues.”

Laurier events open to the public: