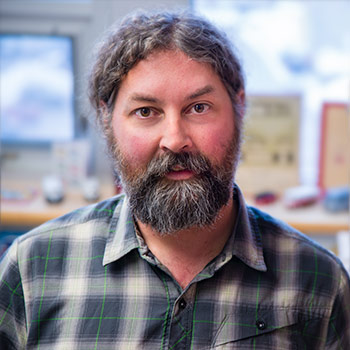 How do you decide who to vote for? Is it a careful calculation based on balancing multiple issues and priorities? Loyalty to a particular party? A strategic decision based on who might realistically win?

Your decision might be based on any of those things. However, Wilfrid Laurier University Associate Professor Jason Roy says your vote might be more influenced than you think by factors such as whether you have seen poll results, negativity in the campaign, or maybe the type of scandal, if any, that the candidate was involved in.

Roy, a faculty member in Laurier’s Department of Political Science, has spent much of his academic career studying how people form political preferences. His research is funded by a major grant from the Social Sciences and Humanities Research Council of Canada.

Much of Roy’s work uses online political behaviour experiments to address his research questions. Yes, experiments. Often used in psychology and increasingly in fields such as economics, experimental political science is gaining in popularity and credibility, says Roy. As with most other types of experiments, the idea is to manipulate one factor at a time to see if and how people’s behaviour changes.

One of Roy’s studies has to do with whether seeing poll standings affects voters’ decision making. Most previous studies on poll effects have focused on whether seeing polls leads to voters jumping on the bandwagon of the leading party, mobilizing support for the underdog, or neither overall. These studies have been largely inconclusive. Roy and his colleagues are investigating something different.

“Our premise is that perhaps exposure to polls doesn’t necessarily change the outcome, the vote you ultimately cast, but it might change the factors that you consider before you cast that ballot,” says Roy.

Roy and his colleagues have used their online experimental voting platform to study how or if polls influence voters in Canada, Australia, New Zealand and the United Kingdom. In their most recent Canadian study, participants were randomly assigned to one of two groups. One group saw a graph showing voter turnout in previous elections. The other group saw a graph showing real poll results for real Canadian parties.

Both groups were then shown a set of links to information about each party drawn from the party websites – for instance, information about the leader, the party, and its policies. Participants were instructed to review as much information as they wished before voting, which they could do at any time by clicking a “Vote Now” button. Unbeknownst to participants, the website recorded which links they clicked and how long they spent looking at them.

Roy’s preliminary analyses of the 2017 Canadian results indicate that exposure to polls can decrease the effort voters put into deciding their vote, though these effects may vary according to individual-level factors such as partisanship and political awareness.

Roy and his colleagues plan to run similar studies this year in Argentina and the United States. Once completed, the results from all countries will be used as the basis of a book that will offer an in-depth assessment of the role polls play in the democratic process.

Roy has also studied the effect of negative campaigning on voter intentions. One study of his used fictional candidates and parties; the other used real ones.

Either way, “we have shown that when candidates go on the attack, when they criticize their opponents, they receive more attention than when they don’t,” says Roy. “When they take this negative tone, people tended to seek out more information on these candidates. But the counter side is that they’re less likely to actually vote for them.”

Therefore, “if you’re going to engage in a negative campaign, your best bet in terms of vote share is to hope that your opponents do the same,” says Roy. “The implication is that it may not be the best advice to go negative, contrary to what some political commentators have suggested.”

Roy does note that his study didn’t measure the number of voters who are so discouraged by the tone of the campaign that they check out and decide not to vote at all.

“This could have implications in the real world, with negativity being used not necessarily to win over voters but to discourage people to the point that they don’t vote for the other parties because they’re so discouraged by the whole system,” he says. “I’m not suggesting that’s what parties are intentionally doing, but it’s a possible outcome.”

Roy’s research also explores whether people are more apt to penalize candidates engaged in public versus private scandals, as well as the type of scandal. For example, are voters more likely to penalize a candidate accused to misspending public money or one accused of having an extramarital affair?

“Our preliminary results suggest that people do differentiate between the types of scandals,” says Roy. “However, it’s not necessarily clear cut – it varies by partisanship.”

His initial experiment used male candidates only; he is also planning on studying female candidates, who he hypothesizes may be treated differently.

Drawing upon his research, Roy has secured funding that will allow students in his Public Opinion and Survey Design course to design and carry out their own 2018 Ontario provincial election study – a first for the class.

The fourth-year and graduate students in the course will learn public opinion theory, then work in groups to develop surveys. The class will then draw upon the group projects to develop a single survey that will be administered to approximately 1,500 participants from across Ontario.

“This will feed into the overall work we do with the department and LISPOP [Laurier Institute for the Study of Public Opinion and Policy] any time we have an election,” says Roy. “It’s a way I can mix my own research interest with my teaching and I think the students are very excited to have the opportunity. It’s a hands-on experience from start to finish. It’ll be a busy few months but very exciting.”