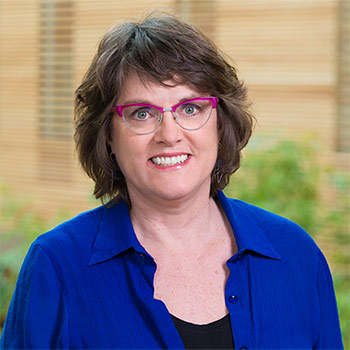 It’s official: Nicole Coviello of Wilfrid Laurier University is one of the most influential international marketing scholars in the world.

Coviello, a professor at the Lazaridis School of Business and Economics and research director of the Lazaridis Institute for the Management of Technology Enterprises, has four papers on a list of the 25 most influential international marketing articles published between 1995 and 2015.

Coviello is the only scholar to have more than two papers on the list, which examined 1,722 articles in the top six international business journals and the number of times other scholars have cited them. Two of her papers are the fourth and fifth most cited in her field, while two more are 14th and 18th.

It’s not the first time Coviello has been internationally recognized. In 2014, she was ranked as the number two international marketing scholar in the world. She was also ranked 18th in the world for international business research, the only woman in the top 20.

Having specific papers named as influential, however, is special, especially given that the scholars who performed the analysis are themselves some of the field’s top researchers, says Coviello.

“As scholars, we want to know our research has impact and that people use it. This is an indication that my work has started conversations and has maybe been challenged and built upon. That’s how we push the field of knowledge forward.”

“As scholars, we want to know our research has impact and that people use it,” says Coviello. “This is an indication that my work has started conversations and has maybe been challenged and built upon. That’s how we push the field of knowledge forward.”

All the papers by Coviello that made the list revolve around internationalization, entrepreneurship and the role of networks.

The paper named fourth most influential, “Network Relationships and the Internationalisation Process of Small Software Firms,” was published in International Business Review in 1997. It stems from Coviello’s PhD research and asserts that small software firms can use their networks, including relationships with larger firms, to quickly expand internationally. However, sometimes ties to large firms may actually slow market expansion by restricting the development of other relationships.

“I got lucky in that I was right at the beginning of research in this area,” says Coviello. “In the early 1990s, you couldn’t be a software firm and not grow. I had good data, good research questions and good timing.”

The paper named fifth most influential, “Internationalisation and the Smaller Firm: A Review of Contemporary Empirical Research,” was published in Management International Review in 1999. It reviewed other scholars’ research about the internationalization of small firms.

“I wanted to know what theories are relevant, because when I was doing my research, I could see multiple theories in action. That complicates research and makes things uncomfortable for those that work in a mono-theory paradigm,” says Coviello.

“I was still working on networks and internationalization but I was moving into a different kind of analysis,” says Coviello. “The first paper was a conceptual one. It pulled together strands of arguments to say that internationalization is an entrepreneurial process of behaviour that happens over time. It also set up a research agenda.”

The last and most recent paper of Coviello’s to make the list is “a study of what happens to a firm’s resources and its actions as it develops over time, and the role that networks play, including the nature of those networks and relationships,” says Coviello.

From Research to Helping Firms Grow

Coviello’s current research isn’t confined to academic journals or discussions between professors. These days, she also directs research efforts at the Lazaridis School that aim to help Canadian tech firms. Some of the results are published in annual Lazaridis Reports, which are widely distributed to managers, incubators and accelerator centres.

Her research also provides insight to the Lazaridis Institute, including its flagship ScaleUp Program, which works intensively with Canadian firms ready to grow exponentially, which often means internationally.

“My research and other research in this field is useful for these firms as they think about how and where they want to grow,” says Coviello.

“I’ve had students come into my office and lay down massive, taped-together sheets on the floor and say, ‘I didn’t see it until I did this, but we have this huge opportunity over here that we’ve completely missed because we’ve been so focused over there.’”

Coviello doesn’t directly study the firms participating in the ScaleUp Program but she does informally learn from them. She uses her research in teaching both undergraduates and Master of Business Administration students, who are sometimes entrepreneurs or executives.

“If I’m teaching an MBA class on international marketing, I like to get them to build a network map of who they are, who they’re dealing with in international markets, which markets they’re in, who approached whom and so on – the story of their going abroad,” says Coviello. “I’ve had students come into my office and lay down massive, taped-together sheets on the floor and say, ‘I didn’t see it until I did this, but we have this huge opportunity over here that we’ve completely missed because we’ve been so focused over there.’”

Currently, Coviello is working on research designed to help firms that are growing so fast they hardly have time to think strategically about how best to grow internationally. This happens a lot with digital firms, which can go international with the push of a button, says Coviello.

“It’s an exciting time to be doing research in international marketing.”

From Startup to Stay-Up to Scale-Up

Canada has plenty of startups and quite a few incubators, such as Laurier’s LaunchPad, that aim to help startups go from idea to new venture. Statistically, however, the majority of startups fail. That’s why Coviello says there are two steps beyond the startup phase.

The next steps are what she calls “stay-up” and “grow-up.” “Stay-up” is what moves a startup from a fragile young company to a firm with steady customers and some stability.

Companies can gradually “grow up” into mature firms and be considered successful. However, what the ScaleUp Program and Coviello are interested in are those few companies that leap to another level.

“Scaling is not quite the same as growing,” says Coviello. “Scaling is accelerated growth and it’s often the result of being international. It’s all of a sudden ramping up from five to 25 employees, or from 50 to 200 in a year, or going from one product to four.”

The papers of Coviello’s cited as highly influential underpin her current research on the scaling process. For instance, she is currently working with doctoral candidate Moussa Obeid and the Canadian Advanced Technology Alliance to examine internationalization speed and outcomes.

“It will be informative for Canadian technology companies as they are considering how fast they want to move in terms of investing in new markets,” says Coviello. “This is a critical decision, so we hope our research will help high-growth Canadian tech firms.”