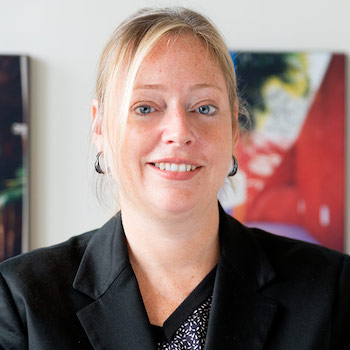 Xenophobic populism is gaining traction in many places. Far-right groups have gained prominence in many European countries and in North America by protesting what they see as Islamization of the West and jobs being taken by foreigners. Many countries have seen incidents of attacks on immigrants or minorities, xenophobic rallies and racist graffiti.

And yet, says Wilfrid Laurier University Associate Professor Kim Rygiel, these groups don’t speak for the majority. Around the world, there are many examples of grassroots groups quietly and effectively working for tolerance, integration and the building of diverse communities.

Rygiel, who is a member of the Department of Political Science and associate director of the Laurier-led International Migration Research Centre, has been researching migration and refugee issues for many years. A few years ago, she was in the Greek island of Lesbos, a focal point for the migrant crisis, with hundreds or thousands of people arriving every day.

The migrants were putting pressure on resources in Lesbos, which led to some tensions. But Rygiel also saw compassion, with many residents going out of their way to rescue and help migrants. Locals also set up an open refugee camp as an alternative model based on principles of solidarity, exchange and human dignity for all.

Rygiel’s interest in grassroots initiatives such as these blossomed into a five-year research project funded by the Social Sciences and Humanities Research Council of Canada (SSHRC). In collaboration with Associate Professor Feyzi Baban of Trent University, Rygiel is examining citizen-led initiatives that open communities to newcomers and foster cultural pluralism.

“More countries need to step up to take in more people,” says Rygiel. “To avoid creating a reactionary response, you need to have more programs that get people to know each other.”

The southern Italian village of Riace may seem an unlikely hotbed of cosmopolitanism – and 20 years ago, it wasn’t. It was facing problems common to many small towns: young people were moving away, daycare centres were in danger of closing, uninhabited houses were becoming derelict and artisanal traditions were dying out.

Today, Riace is growing. Children’s voices fill houses and playgrounds. A new generation is learning traditional arts such as embroidery and pottery and selling their wares to tourists. The village has accomplished these changes in large part by welcoming newcomers from places ranging from Afghanistan to Somalia. Immigrants now make up about a quarter of the population.

There’s nothing about Riace’s makeup that makes it intrinsically different from nearby villages where migrants have been attacked. The major difference, says Rygiel, lies in the leadership shown by the mayor, Domenico Lucano.

Not only does the mayor talk about the importance of local welcoming and sharing traditions, he has strategically created jobs for both locals and newcomers – often in ways that require them to interact – and used public funding for infrastructure projects that benefit everyone.

“This is an example where maybe people wouldn’t have been supportive of welcoming migrants but because of the way the mayor has acted, the town has really come alive,” says Rygiel. “What we’re trying to show is that cosmopolitanism isn’t elitist; it’s a fundamental way of being in the world and it happens at grassroots levels even in small towns like Riace.”

Fostering a “Welcome Culture” in Europe and Canada

Riace isn’t the only place where grassroots initiatives have been creating what Europeans term a “welcome culture.” Rygiel has researched communities of all sizes where initiatives such as art exhibits, cooking classes and accommodation sharing have brought together newcomers and longtime residents and created understanding on both sides.

Though her research continues until 2020, one early conclusion of Rygiel’s is that leadership and public discourse are important to keep xenophobia in check. However, a welcoming tone isn’t enough – it has to be translated to the policy level, with assistance for newcomers to learn the local language, find jobs, etc. When those things are in place, community initiatives that help people get to know each other can have a strong positive impact, she says.

Although Rygiel says we could be taking in far greater numbers, Canada is also a settlement country. That’s why, for the last few years, Rygiel has been undertaking community service-learning projects with her Master of Applied Politics social advocacy classes in partnership with local community organizations working on immigrant and refugee issues.

Last year, the class helped Community Coalition on Refugee and Immigrant Concerns (CCORIC) organize events for World Refugee Day. Specifically, after presentations by campaigning and communications experts, the students created a social media kit for CCORIC and helped with the website and messaging.

This year, the class is working with Reception House Waterloo Region on a project whose ultimate aim is to help refugees find employment. The students are researching the process refugees need to go through to find work, including investigating the supportive services available and identifying the gaps and challenges in the process.

Through her global-level research and facilitating her students’ local-level work, Rygiel is putting into action her conviction that the world needs to embrace diversity.