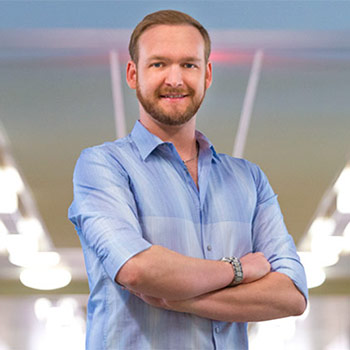 Can gay and straight men be friends?

Once the answer may have been no. But lately, so-called “bromosexual” friendships have become more visible, ranging from young celebrity buddies Tom Daley (a British diver who is gay) and Liam Payne (of One Direction, who is straight) to the older actors Ian McKellen (who is gay) and Patrick Stewart (who is straight).

That’s why, in collaboration with three other PhD students at other institutions and under the supervision of Associate Professor Robb Travers, McKie has widely surveyed men who have friends of different sexual orientations. Although he and his colleagues are still analyzing the results, some of what they have learned so far has been surprising.

McKie and co-principal investigator Eric Russell of the University of Texas Arlington, along with Drake Levere of the University of British Columbia and Marjorie Prokosch of Texas Christian University, surveyed about 350 straight and 275 gay or bisexual men from across North America who professed to have at least one friend of a different sexual orientation.

One insight was that men of different sexual orientations sometimes act as “wingmen” for each other in bars – helping their friends attract prospective partners and keeping each other safe.

“The gay men could introduce heterosexual women to the heterosexual men and the women would be more comfortable because they would trust their gay male friend to introduce them to someone of quality,” says McKie.

“Several straight men also noted that when they go out with their gay male friends at a gay bar, if there was a situation that was uncomfortable for them, a lot of the friends would step in and pretend to be the boyfriend.”

In some cases, however, there was a dark side to the “wingman” phenomenon. The straight men who scored high on a sexual narcissism scale – meaning they tend to think “sex is all about them” – were “less likely to become friends with gay men and if they did, it was about having them as a tool to meet women,” says McKie.

From Homophobia to Understanding

Some straight men, despite professing to have at least one gay friend, maintained homophobic views – a number expressed a belief that being gay was a choice and a few even made strongly homophobic comments.

Because of attitudes such as these, “a lot of gay men are still scared to befriend straight men,” says McKie. However, overall, “people were more open than we expected to friendships across the board.”

Where friendships existed prior to the gay man coming out, there was a tendency for there to be more support and understanding on both sides after the gay man came out, says McKie. “They felt more trust and closeness because they were able to disclose that personal information.”

“Knowing a gay person and understanding their struggles a little bit more, some went from disliking LGBT people to actually becoming advocates and supporting their gay friends. They also stopped homophobia when they saw it, which I think is very powerful.”

It wasn’t just the gay men who were able to open up to their straight friends. “The friendship provided a chance for the straight man to be more emotive,” says McKie. “They felt they could talk to their gay male friend about masculinity and stressors such as body image.”

Most respondents felt it was important to have a diverse range of friends. Many of the straight male respondents talked about how their gay friends had changed them, says McKie.

“Knowing a gay person and understanding their struggles a little bit more, some went from disliking LGBT people to actually becoming advocates and supporting their gay friends. They also stopped homophobia when they saw it, which I think is very powerful.”

Differences Can Bring People Together

The survey was done through Mechanical Turk, a crowdsourcing website through which participants received a modest payment. The participants had an average age of 32. About 20 per cent lived in Canada.

McKie and his collaborators did find regional differences – straight men in Canada were more likely to engage closely with gay friends. However, both in Canada and the U.S., straight men in the interior of their countries were more likely to have conservative and hypermasculine views. There were also differences based on whether respondents lived in urban or rural areas and based on education level.

"We’re closer now than before because now I’m not hiding behind a wall. They see me for who I am; they accept me and I’m the friend that they want.”

Nonetheless, gay-straight male friendships do appear to be quite widely accepted, with differences in sexual orientation often bringing friends closer together rather than driving them apart. In fact, McKie says he has experienced this himself.

“The reason this research is so important to me is because I’m still very close with my heterosexual male friends in my hometown of Oakville. When I was coming out, I was so worried that the friendships would change. But no. They all were very supportive; they wanted to know more.

“I grew deep respect for them and I think they also grew respect for me in terms of knowing the struggles I’ve gone through. I think it really strengthened our friendships to understand the other’s challenges. We’re closer now than before because now I’m not hiding behind a wall. They see me for who I am; they accept me and I’m the friend that they want.”