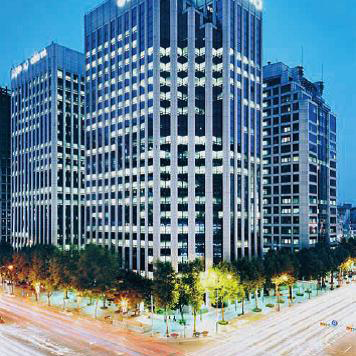 Brantford – Wilfrid Laurier University and its Faculty of Liberal Arts, in partnership with the Korean Cultural Centre in Ottawa, is presenting Mega Seoul 4 Decades, a physical and virtual photography exhibit exploring the urbanization of the Republic of Korea’s capital city.

The physical exhibit is on display until Sept. 3 at the Korean Cultural Centre Gallery in Ottawa and presented in partnership with the Embassy of the Republic of Korea to Canada, Korean Cultural Centre Canada and the Museum of Photography in Seoul. An accompanying virtual exhibit showcases the 55 photographs of Seoul included as part of Mega Seoul 4 Decades, taken over 40 years by 12 well-known Korean photographers. The photographs encompass a diverse view of the city through each generation’s distinct perspective.

As part of Mega Seoul 4 Decades, Christina Han, an associate professor of History at Laurier, presented four virtual lectures focusing on the history of Seoul and the impacts of rapid urbanization the city has experienced during the last four decades. The lectures are available to view online.

“Photographs tell us stories about urbanization and modernization from different perspectives,” said Han. “They highlight the environmental impact of urbanization, but also social and cultural impacts. My lectures explain what these works are about and discuss what we can learn about Seoul becoming a megacity through these photographs.”

During its 600-year history, Seoul has undergone change through conflict and modernization and grown into a hub of culture and technology. In her four-part lecture series, Han discusses the characteristics of Seoul, the development of documentary photography in South Korea, the city’s rapid development and modern-day Seoul.