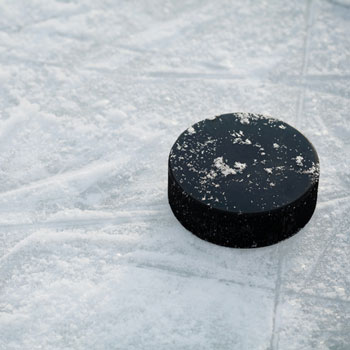 Waterloo – This past winter was a “tale of two winters,” according to a report released May 21 by Wilfrid Laurier University’s Rinkwatch project, which uses data collected by a network of outdoor rink-makers from across Canada and the United States to study winter weather conditions and climate change.

Using daily, real-time information collected throughout the winter by the “Rink Sentinels” network, researchers found that the skating season in western Canada, especially in the northern Prairies, was long and cold, while rinks in eastern Canada and the United States didn’t freeze until mid-January and many skating ponds remained unsafe for skating throughout most of the winter.

“In many ways, this past winter was a microcosm of longer-term trends that seem to be emerging due to climate change,” said Robert McLeman, professor in Laurier’s Department of Geography and Environmental Studies and Rinkwatch co-director. “Locations that have traditionally had long, cold winters continue to have good skating seasons most years, but areas that have more variable winter conditions and average temperatures that hover closer to the freezing point – especially the lower Great Lakes region and the U.S. eastern seaboard – are seeing winters that are generally shorter and milder, and with more unpredictable and variable conditions. It makes rink-making a bigger challenge in those areas. Unfortunately, we expect to see this trend toward milder winters continue in coming decades.”

Backyard rinks in Michigan and upstate New York recorded fewer than three weeks of good skating and, further south, many rinks didn’t freeze at all. From southwestern Ontario through to New Brunswick, rinks got going later than normal and were interrupted multiple times by late winter thaws. However, a cold, slow spring allowed for additional late-season skating days. In the U.S., rinks from Chicago to Minnesota had a mixed winter, with multiple interruptions caused by rain and thaws.

RinkWatch has relied on data submitted voluntarily by the public since it was launched in 2013, but the Rink Sentinels network, which was piloted this past winter, provides an additional component. Sentinel rink-makers work actively with the project team to gather detailed, site-specific data every day, with a goal of collecting observations from the same locations year after year in order to systematically observe how weather trends affect the building and maintaining of skateable outdoor ice surfaces.

“Because of COVID-19, there has been a surge of interest in bicycling, gardening and other outdoor activities that can be done close to home. We expect to see a similar renewed interest in backyard rink-making this winter,” said McLeman. “Outdoor skating is a safe, healthy activity for families. We welcome both new and experienced rink-makers to contact us and join the Sentinel network next season.”

Department of Geography and Environmental Studies