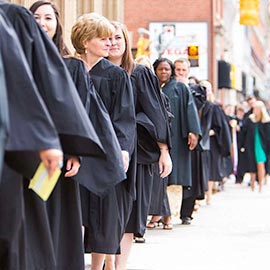 Da Silva is an award-winning advocate for Indigenous rights and ecological justice. She is also an elder and community leader in Grassy Narrows First Nations, located northeast of Kenora, Ontario. Much of her activism has focused on fighting for justice for her community after a chemical plant upstream dumped 9,000 kilograms of mercury into the river in the 1960s and ’70s. The pollution contaminated the fish and poisoned the Grassy Narrows people, who drank the water and relied on the fish as a staple of their diet. Da Silva has also spoken out about clear-cut logging, oil spills and pollution. She has been a voice at the grassroots level, at gatherings, speeches and demonstrations, and at national and international levels, negotiating with provincial and federal governments and presenting at the UN Committee on Economic, Social and Cultural Rights and the Rio Earth Summit. For her advocacy wok, she was awarded the Extraordinary International Activist award from Human Rights Watch in 2017 and the Michael Sattler Award for Peace from the German Mennonite Peace Committee in 2013.

Gluskin is a business leader, currently the president of Irager and Associates and director at Tricon Capital Group Inc., and philanthropist. He is best known for co-founding Gluskin Sheff and Associates, which has grown to be one of the largest non-bank private client wealth management firms in Canada. Prior to Gluskin Sheff, he worked in the investment industry for 20 years and wrote a bi-weekly column for the Globe and Mail’s Report on Business. Gluskin is well-known for his commitment to charity and community involvement. With his wife, he has donated more than $50 million over the past 20 years to a variety of causes, including hospitals; social outreach and religious fellowship; and arts and culture, through the Ira Gluskin and Maxine Granovsky Gluskin Charitable Foundation.

He is a member of the Mount Sinai Hospital Foundation and the Toronto Symphony Foundation and sits on the board of Canadian Jewish News, the Walrus Magazine and Capitalize for Kids. He is also a former chair and current member of the Investment Advisory committee for the Jewish Foundation of Greater Toronto. In 2012, Gluskin was awarded the Queen Elizabeth II Diamond Jubilee Medal for his contributions to his community and to Canada.

Gluskin will receive an Honorary Doctor of Laws degree Oct. 26 at Lazaridis Hall on Laurier’s Waterloo campus starting at 1 p.m.

The Grand Valley Educational Society (GVES) is a non-profit organization dedicated to bringing post-secondary education to Brantford and the County of Brant. The society was instrumental in the creation of Laurier’s Brantford campus and securing $2 million in donations to renovate a former library into the first Brantford campus building, the Carnegie Building. The university was first proposed in 1996 after the city began searching for ideas to make Brantford a better place to live, learn and invest. The Brant Community Futures Development Corporation, now known as Enterprise Brant, commissioned a business plan for its creation, which resulted in the formation of the GVES. Today, GVES continues to work with postsecondary institutions, including Laurier, Conestoga College and Six Nations Polytechnic, on projects and initiatives in Brantford and the County of Brant.

The Order of Wilfrid Laurier University, which honours recipients with a record of exemplary and distinguished service to the university, will be awarded to the board of the Grand Valley Educational Society in recognition of their leadership in business and community building: Colleen Miller (president), Amy Kendall (vice-president), Cindy Swanson (secretary-treasurer), Vern Gale, Beth Gurney, Ian Harper, Vincent Shiu and Brook Snider.

The Order of Wilfrid Laurier University will be granted Oct. 29 at the Sanderson Centre for the Performing Arts in Brantford starting at 2:30 p.m.

Tickets are required for all convocation ceremonies. Email convocation@wlu.ca for ticket inquiries. For more information about convocation, visit wlu.ca/convocation.