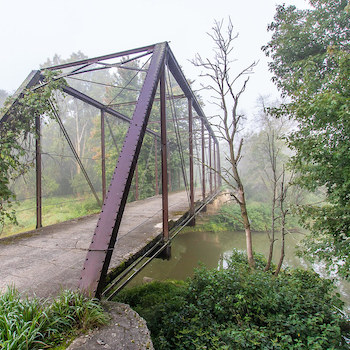 Brantford – Rural municipalities are highly vulnerable to extreme weather events exacerbated by climate change. With large areas and sparse populations, they have fewer resources to respond to events such as forest fires, floods and storms – or even to plan their responses to future disasters. A recently concluded Wilfrid Laurier University study offers one solution: sharing services.

The three-year study, led by Professor Brenda Murphy and funded by the Ontario Ministry of Agriculture, Food and Rural Affairs (OMAFRA), focuses on inter-community service sharing as a way of enhancing rural climate change preparedness.

“Rural communities are stronger when they work together,” said Murphy, a geographer and environmental management expert.

Many rural municipalities already engage in some service sharing, most commonly for fire or emergency services. However, the research suggests they could do more.

“Provincial survey results reveal that many communities are not sharing services that may enhance their climate change preparedness, such as upgrading bridges, roads and culverts,” said Bryce Gunson, a PhD candidate and project manager of the Resilient Communities Research Collaborative, which Murphy heads.

Service sharing does present challenges. Long distances between communities, small tax bases, limited staff and lack of locality-specific information about climate change are among the barriers identified in the study, which focused primarily on Ontario communities south of Sudbury with populations of less than 7,500.

Nonetheless, creative thinking can overcome some of these barriers. For example, communities don’t need to be neighbours to come together for a training session on asset management planning. Rural-urban partnerships can also be beneficial – for instance, a city and a township could agree to have a city engineer work occasionally for the township on a fee-for-service basis.

“We have developed a series of best practices to help communities that may be thinking of sharing services get started, such as starting small to build up confidence and experience, and to work with communities you may already have agreements with, such as shared fire services, to develop other shared services,” said Murphy.

The need to innovate is urgent. Many rural communities have already suffered millions of dollars in infrastructure damage due to floods, storms, forest fires and other extreme weather events.

For example, one case study details that after the township of East Ferris, near North Bay, suffered a severe rainstorm in 2008, funding available at the time only allowed it to replace damaged culverts and pipes with infrastructure of the same size rather than the higher-capacity ones it needed to prevent future damage. In 2017, however, federal and provincial funding did allow it to upgrade.

The research found rural communities have strengths that will help them adapt to climate change, such as strong social networks, histories of doing more with less and intimate relationships with their natural environments. Proactive climate change preparedness work could build on these strengths, according to the final report.

“Enhanced, efficient service co-operation can contribute to a sustainable and prepared infrastructure system, while also protecting the environmental capital upon which rural economies frequently depend,” said Murphy. “There are a lot of potential benefits to sharing services in rural contexts.”