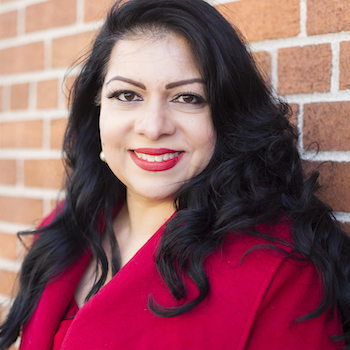 Waterloo – A Wilfrid Laurier University research team focused on Islamophobia has produced a voting guide to the 2019 federal election that concludes every national party leader should improve in some of their responses to issues that affect Canadian Muslims.

The Canadian Islamophobia Industry Research Project, headed by Professor Jasmin Zine, examined the positions of the leaders of the Conservative, Green, Liberal, New Democratic and People’s parties on six national and international issues of interest to many members of the Muslim community in Canada. The Canadian Muslim Voting Guide grades leaders as “pass,” “fail” or “needs improvement” in each of these areas.

“Islamophobia is on the rise in Canada and political speech can fuel or quell it,” said Zine. “We’ve examined party leaders’ stances based on their public statements and voting records to help Canadian Muslims, and anyone interested in the issues we’ve identified, decide how to vote in the Monday, Oct. 21 federal election.”

The six issues examined by the guide include religious freedom and dress in Quebec, immigration and refugee policy, and foreign policy.

“While the guide doesn’t examine all the issues that concern Muslims as much as everyone else, such as the environment and economy, it does provide a snapshot of some key topics relating to Muslims in Canada and what our federal party leaders have said about them,” said Shifa Abbas, one of the graduate students who co-authored the guide with Zine. “We are providing pertinent facts people need to support their decisions at the polls.”

“Canadian Muslims could make a real impact on the upcoming federal election,” said Fatima Chakroun, the other graduate student co-author. “During the last election, members of the Canadian Muslim community voted at a higher rate than the Canadian average. There are 23 ridings across Canada with a Muslim population of 10 per cent of more, many of which are swing ridings in the Greater Toronto Area. No candidate can afford to ignore the Muslim vote.”