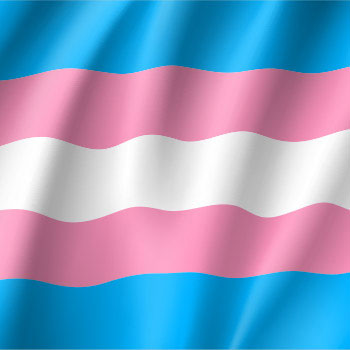 Waterloo – Trans people in Waterloo Region feel less safe in public places, face greater barriers to health care, experience higher rates of unemployment, have lower levels of family support and feel less like they belong to the community than their cisgender LGBQ counterparts. These are some of the findings of a wide-ranging study conducted by researchers at Wilfrid Laurier University and a coalition of community organizations.

The OutLook Study is the first comprehensive study to analyze the needs of the LGBTQ+ community in Waterloo Region, and is one of the largest such studies in Canada. Data collected as part of the study were recently published in the fact sheet “Experiences of trans people in Waterloo Region,” which includes a list of recommendations to make health-care services more trans-inclusive and accessible.

“There’s a belief that if more trans people are coming out and there’s more media attention, there’s an increase in support as well, but that’s not always the case,” said Charlie Davis, a Community Psychology PhD student at Laurier and lead author of the fact sheet. “Sixty-five per cent of trans people surveyed are out to their parents, but 43 per cent of those have unsupportive parents. Just because they’re out and vocal, doesn’t mean they’re supported.”

The fact sheet was created in collaboration with members of the OutLook Study, including Laurier professors Todd Coleman, Simon Coulombe, Robb Travers, Ciann Wilson and Michael Woodford, Region of Waterloo Public Health and Emergency Services, as well as trans community members from the Rainbow Community Council, OK2BME, the AIDS Committee of Cambridge, Kitchener, Waterloo and Area and Laurier. The document touches on issues including victimization, sense of community belonging, education, income and employment, safe and unsafe spaces, and health care access.

Most of those surveyed said they had experienced transphobia, including being made fun of or called names because of their gender identity (73 per cent) and hearing that trans people are not normal (96 per cent). Most also reported feeling unsafe in public spaces in Waterloo Region, including bars, public washrooms, gyms, malls, grocery stores and places of worship.

Access to health care and experiences in health-care settings were emphasized in the fact sheet. Most said they didn’t feel safe in hospitals, emergency rooms, medical offices and urgent care centres (72 to 76 per cent) and some even reported avoiding those spaces.

When they did reach out for help, survey responses showed some providers used harmful or insulting language about trans identity or experiences, with 13 per cent reporting this from primary care providers and 23 per cent from hospital staff, and 15 percent reported being belittled or ridiculed by hospital staff for being trans.

“If you’re trans and you want to medically transition, you have to access at least four different types of health-care providers,” said Davis. “There’s this burden put on trans people where most medical facilities are inaccessible, or trans people have to educate others. If your family doctor says, ‘I’m not comfortable’ or ‘I don’t know enough,’ that should not be the end of the conversation.”

Davis, who assisted with the OutLook Study as a community liaison before returning to university for his PhD, was part of the trans advisory group that created a list of recommendations for health-care providers in the region. The recommendations include practical information, such as how to submit OHIP claims if a service doesn’t match the gender listed on a patient’s documents, as well as suggestions for policy changes that would make spaces more welcoming to trans people.

“For a lot of trans people, the report is really validating, especially for those who try to do advocacy in the region,” said Davis. “It’s discouraging, too, but I think that’s just a sign that there’s a lot of work that still needs to be done.”