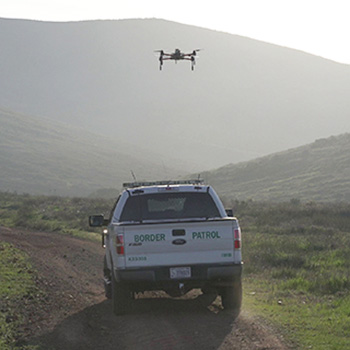 WATERLOO – The effects of climate change are projected to displace up to 143 million people in the Global South by the mid-21st century. Simultaneously, many western countries are restricting immigration and using military technology to close their borders. These competing trends are “two trains on a collision course,” according to Wilfrid Laurier University Geography and Environmental Studies Professor Robert McLeman.

McLeman’s article, “International migration and climate adaptation in an era of hardening borders” in Nature Climate Change, argues that Canada and other western nations must not only follow through on their commitments to reduce greenhouse gas emissions, but should also implement the 2018 United Nations (UN) Global Compact for Safe, Orderly and Regular Migration. He explains that we already have the necessary policy tools to manage growing demands for migration in a rapidly changing climate, but what is needed is the political will to implement them.

“Climate-driven migration is a highly politicized topic,” said McLeman, a coordinating lead author for the latest assessment report of the Intergovernmental Panel on Climate Change. “My approach is to focus on opportunities to make migration systems work to the benefit of sending and receiving communities, and to ensure that migrants can move safely.”

McLeman’s article explores rising anti-immigrant sentiments in many high-income countries and their implications for climate adaptation. He documents the expanding use of emergent military and surveillance technologies to control and deter migration, including deployment of drones to find migrant boats at sea, using motion detectors and facial recognition software to create “virtual borders,” monitoring migrants’ personal cellphones and, in some instances, electronically tagging asylum seekers.

“The consequence of turning these military technologies against civilians is that it securitizes the act of migration,” writes McLeman in the article. “It blurs the distinction between surveillance to detect and deter armed enemy agents – something that every state has a sovereign right to do – and monitoring borders to prevent the approach of unarmed civilians seeking entry: something every person has the right to do under the Universal Declaration of Human Rights and the UN Refugee Convention.”

Even the misleading language governments use to describe refugees and asylum seekers often ignores their protected rights, said McLeman. “We need to avoid terms like ‘illegal migration,’ because what people are doing in most instances is not against national or international laws. We also need to be aware that by closing off regular channels for migration, migrants are forced to turn to smuggling networks for help to move across borders. This puts migrants’ lives at risks and strengthens organized crime to our collective detriment.”

Sixteen million people were displaced globally in 2018 due to extreme weather events alone, and climate change will only increase the number of people on the move in coming decades. McLeman says the UN Global Compact, which identifies key objectives for responding to climate-related migration, is an opportunity for progress. While Canada has already endorsed the UN Global Compact, McLeman says there is more we can do.

“Canada’s immigration system is more accessible than most other western countries, and we have been actively involved in resettling refugees from troubled parts of the world, but the international community will look to us to do more,” said McLeman.

McLeman identifies meeting international commitments to development assistance as an effective strategy for improving climate-driven international migration. By enabling economic and social development in low-income countries, people become more adaptable to a changing climate and less likely to need to migrate in the first place.

“Fundamentally, we need to address the root cause of climate change by controlling our greenhouse gas emissions,” said McLeman. “First in the Kyoto Protocol and now the Paris Agreement, Canada has promised to do so, but has failed to follow through. It’s time to deliver.”