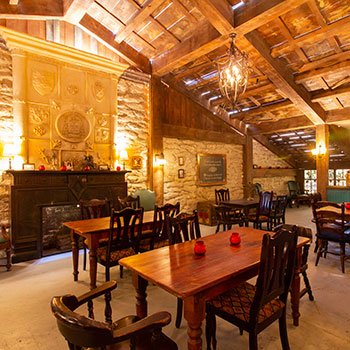 Brantford – Interested in learning the trade secrets behind blockbuster movies or top-rated television shows? Spend the day discovering career paths of the film and television industry at a workshop hosted at Wilfrid Laurier University’s Lost Girl film set in Brantford.

Laurier’s Creativity Hub, in partnership with Fast Motion Studios and the Brantford Convention Centre, is holding an open community workshop on May 11 for those seeking hands-on experiences and opportunities to learn about filmmaking from industry professionals.

The five-hour Film Industry Workshop is open to the public and will include sessions on topics such as motion capture and visual effects, perfect for those interested in producing creative projects.

“We would like to get people understanding what it's like to work in the film and TV industries with the idea that this is growing within our community,” said Adrian Beam, Creativity Hub program coordinator. “There's interest for people to have these experiences because there's a lot of great content that is being generated in the world and we can be a part of that.”

Participants will get a glimpse into the growing entertainment field in southern Ontario from within Laurier’s working film set, a new addition to the Brantford campus.

“We're excited to bring the community into the space, to share more about the project we're working on at Laurier,” said Tamara Louks, Creativity Hub coordinator. “The larger vision of our project is about bringing the creative communities together to collaborate.”

The event takes place on May 11 from 10 a.m. to 3 p.m. at Laurier’s Lost Girl film set, located at the Brantford Convention Centre, 100 Market St. S. in Brantford. Tickets are $15 plus HST and include lunch. Register online by May 10.

About the Lost Girl film set

A hidden gem is now ready for its close-up: Laurier’s Brantford campus is home to a complete set from the Canadian television series Lost Girl, which ended its five-year run in 2015. The set, which includes a vaulted roof, bar, faux fireplace, stage, piano and dimmable lighting, was rebuilt at a warehouse at 100 Market St. S. in Brantford. It was donated to Laurier and opened in fall of 2018 for production use as well as workshops, meetings and classroom space.