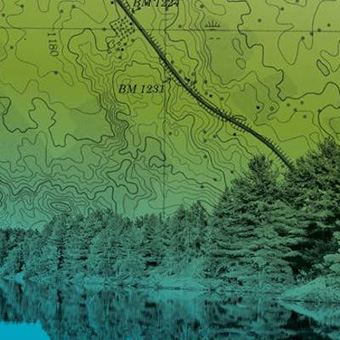 Waterloo - On Nov. 7, Wilfrid Laurier University will host the Land We Are, a gathering to explore the meaning and purpose of land acknowledgments and share the histories of the Attawandaron, Anishinaabe and Haudenosaunee peoples within Waterloo Region.

The event, sponsored by Laurier’s Office of Indigenous Initiatives, the Library and the departments of history at both Laurier and the University of Waterloo, will be held in the Library on Laurier’s Waterloo campus from 1 to 4:30 p.m. Several Indigenous and non-Indigenous educators, knowledge-keepers and spokespeople will speak at the gathering, including Stacey Laforme, chief of the Mississaugas of the New Credit First Nation; Phil Monture, a Mohawk from the Six Nations of the Grand River and land claims researcher; Kelly Laurila of Mino Ode Kwewak N’Gamowak (the Good-Hearted Women Singers); and Gary Warrick, associate professor in the Indigenous Studies and History programs.

Land acknowledgments have become common at Canadian universities, including Laurier, in the past several years, but there is still a lack of understanding of why they’re done and who they’re done for, said Jean Becker, senior advisor for Indigenous Initiatives, who will be speaking at the event.

“There is a sense that the history of Waterloo Region begins with the Mennonites. But there is an Indigenous history here too that’s not told. Often, people are not aware there were Indigenous people here thousands of years before we arrived,” she said. “Acknowledging the long and ongoing history of Indigenous peoples here is important; it’s important that we remember that other people were caretaking this land and we’re now receiving the benefits of their work.”

Land acknowledgements have come about through the work of Indigenous staff, students and faculty, in consultation with local Indigenous communities, said Susan Neylan, associate professor in the department of history. “By taking them up, universities and other institutions are taking the first of many steps toward decolonization, reconciliation and allyship.”

The name of the event, the Land We Are, references a traditional Indigenous understanding of the land as an integral part of their identity and way of life. “We are part of the land,” said Becker. “As human beings, we tend to think of ourselves as greater than the land, which is at our disposal to use. But we are dependent on that land. The land looks after us, not the other way around.”

The Land We Are gathering is taking place on Nov. 7 from 1 to 4:30 p.m. in the Library, on Laurier’s Waterloo campus. The event is free but registration is required.