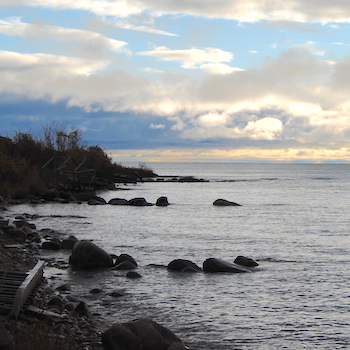 Waterloo – Canada’s race to meet biodiversity conservation targets could jeopardize the very goal it is trying to achieve.

Associate Professor Christopher Lemieux, Laurier’s John McMurry Research Chair in Environmental Geography and a member of the Department of Geography and Environmental Studies, is the paper’s lead author. He joined colleagues from across the country to review Canada’s efforts to meet commitments made to reduce the rate of biodiversity loss around the world – an urgent matter considering a recent World Wildlife Fund report that found a 60 per cent decline in wildlife populations over four decades.

Since 2010, Canada has been part of a global effort to protect biological diversity, known as the Aichi Biodiversity Targets, which consists of 20 targets. In Target 11, countries were asked to increase the protected area coverage in terrestrial and inland water and coastal and marine ecosystems with high ecological integrity to 17 and 10 per cent, respectively, by 2020.

The paper by Lemieux and his colleagues explores Canada’s work on Target 11, which allows countries to meet these targets by designating areas as marine protected areas (MPAs) or by using a new type of designation called “other effective area-based conservation measures” (OECMs).

The researchers say Canada is exploiting a loophole in the agreement in a last-minute attempt to reach its Target 11 commitments by the deadline.

“At the time the Aichi Biodiversity Targets were agreed to, nobody knew what OECMs really meant, so every country began to interpret it in their own way,” said Lemieux. “Our paper shows that Canada is doing this too, but our interpretation does not meet the spirit of the agreement.”

Since signing on, Canada has increased its declared protected marine area from less than one percent to about eight per cent. However, the majority of those areas are OECMs, which can be established much more quickly and with less consultation than the more arduous process of declaring an area an MPA.

“Our concern, as scientists, is that those areas are likely to provide lower levels of protection than marine protected areas,” said Professor Rodolphe Devillers of Memorial’s Department of Geography, one of the paper’s co-authors. “We believe these targets and timeframes encourage countries to take shortcuts that are not necessarily to the benefit of nature.”

The researchers say government is focusing more on the quantity of coverage, and not on the ecological integrity of the areas they are selecting, which could have significant ramifications on the long-term success of biodiversity conservation in Canada.

“The official government position is that they are making a lot of progress and rapidly increased the number of protected areas in Canada, but that is not how you measure success in conservation,” said Lemieux. “It’s not about how many square kilometres you protect. It depends on where MPAs are placed and what habitats species are there.

“We want government to come forward with the burden of proof that what they are doing is going to work. However, we feel most of what is being created in Canada right now is unlikely to make any useful difference to biodiversity in the long term.”

The paper, titled “How the race to achieve Aichi Target 11 could jeopardize the effective conservation of biodiversity in Canada and beyond,” appears in Marine Policy, the leading journal of ocean policy studies.