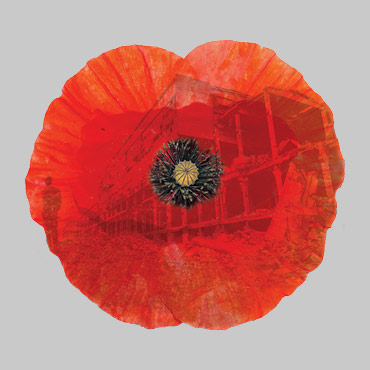 Waterloo – The First World War officially ended a century ago — on the 11th hour of the 11th day of the 11th month of 1918. To commemorate the centenary of the First World War, Wilfrid Laurier University will host a lecture by Paul Rogers, professor emeritus of Peace Studies from the University of Bradford, U.K., and Global Security Consultant with Oxford Research Group (ORG), on Nov. 7.

Rogers’ lecture, “From the Great War to Irregular War: Reflections on Organized Violence and the Global Order,” will take place from 4 to 6 p.m. in the Senate and Board Chamber on Laurier’s Waterloo campus. All are welcome to this free public lecture, with no registration required.

“Paul Rogers is a leading figure in the peace studies field. He’s very much a big-picture thinker about the state of armed conflict in the world,” said Timothy Donais, associate professor of Global Studies at Laurier and an expert in peace studies.

Based partly on his book, Irregular War: ISIS and the New Threat from the Margins, Rogers will speak about the nature of armed conflict since the First World War. He will take a broad historical perspective, revealing how armed conflict has changed over the past century, where we are now in terms of contemporary conflict, and what we can anticipate in the future.

“Rogers is particularly interested in connecting the rise of radicalism with the consequences of climate change,” said Donais. “He looks at larger trends, how they influence the rise of extremism and how the world responds.”

Rogers has worked in the field of international security, arms control and political violence for over 30 years. He lectures at universities and defence colleges in several countries and has written or edited 26 books, including Global Security and the War on Terror: Elite Power and the Illusion of Control (Routledge, 2008) and Why We’re Losing the War on Terror (Polity, 2008).

The lecture is sponsored by Wilfrid Laurier University’s Faculty of Arts, Department of Global Studies, Department of History and the Peace and Conflict Studies Association of Canada.