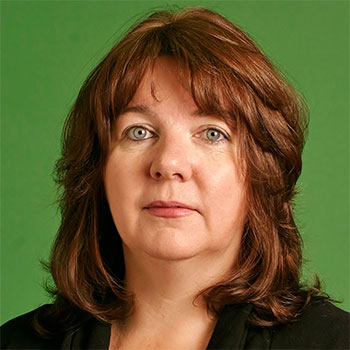 Waterloo – Wilfrid Laurier University has appointed Kathryn Carter as the university’s associate vice-president: Teaching and Learning. Carter, who has served in the role in an acting capacity since July 2015, was selected by a search committee from among 75 candidates, endorsed by the university Senate and approved by Laurier’s Board of Governors. She begins her five-year, three-month term April 1.

“Kate is a skilled academic leader and trusted change-maker who will lead the university in strategic new directions in the areas of teaching and learning,” said Paul Jessop, acting vice-president: Academic.

“Under Kate’s leadership, the university will enhance its efforts to integrate teaching excellence and learning outcomes inside and beyond the classroom, with strong links to career development and student success,” said David McMurray, vice-president: Student Affairs.

“Laurier has a clear mandate to lead the field in high-impact, innovative, and engaged teaching and learning strategies. I am really eager to advance that aspiration within a university that so clearly sees instructors and students as the heart of what we do,” said Carter.

Carter’s mandate as the associate vice-president: Teaching and Learning includes advancing Laurier’s high-impact practices and supports in teaching and learning; achieving learning outcomes; expanding experiential learning in and beyond the classroom and integrating with career development; supporting Indigenization within the curriculum; developing online learning and non-credit programs; and integrating opportunities for entrepreneurship and social innovation education. Carter will also enhance collaboration between academics and student affairs to ensure an exceptional student experience.

Carter has a track record of championing innovation at Laurier. She led the development of Laurier’s Bachelor of Fine and Applied Arts in Game Design and Development, which began in September 2015; she was a key proponent of the Yellow Brick Wall Art Gallery on the Brantford campus; and she spearheaded the construction of the first active-learning classroom at the Brantford campus. An advocate for social innovation and entrepreneurship, Carter took an active role in bringing the LaunchPad start-up program to Brantford. Carter’s office also organized an Ashoka site visit in 2015, which led to Laurier’s international accreditation as an Ashoka “changemaker campus” and a leader in entrepreneurship and social innovation.

Carter holds a PhD in English from the University of Alberta, an MA in English from the University of Waterloo and a BA in English from Laurier. Her internationally recognized research specializes in diary writing by women, and other forms of non-fiction life-writing by nineteenth-century women. She was a member for the first 10 years of the groundbreaking Orlando Project, an electronic history of British women's writing, beginning in 1995. She has been awarded Laurier’s full merit award three times since 2007, and in 2011 she was added to the Teaching Wall of Fame for the Faculty of Arts at the University of Alberta, where she instructed before coming to Laurier. Carter has also written plays, which have been produced by theatre companies in Paris, Ontario.