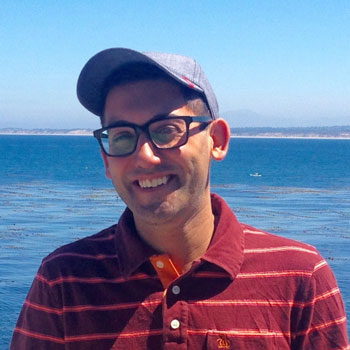 Malla is an accomplished and well-recognized writer in several genres, including short stories, novels, poetry, personal essays and humour. He also pens a monthly books column in The Globe and Mail, and frequently contributes to The Walrus, The New Yorker, and CBC Radio.

“Pasha Malla is an immensely talented writer and an award-winning teacher and mentor,” said Jenny Kerber, assistant professor in Laurier’s Department of English and Film Studies and chair of the Edna Staebler WIR Committee. “We are excited about the diverse experience he brings to Laurier, and are confident in his ability to connect with emerging writers and students who want to explore new imaginative worlds.”

Malla’s first collection of stories, The Withdrawal Method (House of Anansi, 2011), won the Trillium Book Award and the Danuta Gleed Literary Award, and was longlisted for the Giller Prize and shortlisted for a Commonwealth Book Award. His first novel, People Park (House of Anansi, 2012), was shortlisted for the Amazon First Book Award and longlisted for the prestigious Dublin IMPAC Prize. His new novel, Fugue States (Knopf Canada), is a lead title for Penguin/Random House for 2017, and has featured prominently on several summer 2017 must read lists. Malla has also published crime fiction, and his co-edited anthology Best Canadian Sports Writing will be published in fall 2017.

“Malla has a keen sense of the publishing industry and the ingredients that go into developing a vibrant literary community,” said Kerber. “His work is wildly inventive, culturally important, and often very funny, and we are keen to have him join us for two weeks this fall.”

During his time on Laurier’s Waterloo and Brantford campuses, Oct. 23-Nov. 3, Malla will be working on two projects — a magic realist story and a nonfiction book about an Italian physicist who disappeared mysteriously in 1938. He will also be available to visit classes, conduct workshops, offer literary readings and mentor writers in the Laurier community one-on-one.