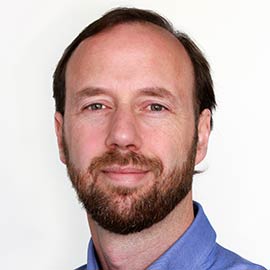 WATERLOO – Wilfrid Laurier University Global Studies Professor Timothy Donais has been appointed interim coordinator of the new Canadian Association for Peace and Conflict Studies, which is devoted to creating a united voice for peace and conflict studies in Canada.

“This new association will bring together academics, students and practitioners to make concrete recommendations to the Canadian government about peace keeping, peacebuilding, and conflict resolution,” said Donais. “Canada has had a pivotal role in peace keeping in the past, and with a new government there’s a real opportunity to have a renewed discussion about Canada’s role in international peace and security.”

As an expert in peace studies, Donais’ research is focused on post-conflict peacebuilding. He has recently completed a multi-year research project, funded by the Social Science and Humanities Research Council of Canada, examining issues of “local ownership” in peacebuilding processes and policy implementation in contemporary Bosnia, Haiti, and Afghanistan.

"There has never been an association that brings together the Canadian peace and conflict studies community,” said Donais. “We hope to create a venue where we can collectively grapple, in a Canadian context, with the challenges of stopping wars and building peace.”

The origins of the organization can be traced back to meetings held over the past year, with the most recent hosted in June at Canadian Mennonite University in Winnipeg.

Organizers are trying to build the association as a formal entity and to create a platform in which Canadian scholars, students and practitioners can come together to talk about some of the most pressing issues facing the world today.

The group also hopes to build bridges between scholars who study issues of peace and conflict and the wider practitioner community.

A few major areas where the association can contribute to national policy debates include Middle East peacemaking, transitional justice, and peace and reconciliation among indigenous and non-indigenous Canadians.

“Canada has a history of peace keeping back to Lester B. Pearson, so this association is a natural fit,” said Robert Gordon, Laurier’s vice-president: Research. “This work has an important role to contribute to Canada’s role and reputation on the international stage.”

For more information about the Canadian Association for Peace and Conflict Studies, contact Timothy Donais at tdonais@wlu.ca.