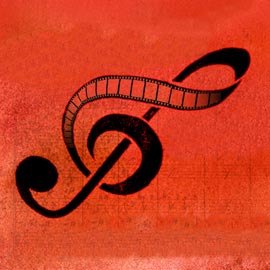 The series is an exploration of the art of film scoring, with fascinating feature films that range from classic Hollywood to the French new wave and from horror films to musicals.

The series is presented by Laurier’s Department of English and Film Studies, in partnership with the WLU Film Society and the Dean of Arts Office. Each screening includes an informative introduction by a Laurier faculty member, student or special guest.

All films in the series are free and take place at 7 p.m. in the Bricker Academic Building, room 201. They include:

Professor Paul Heyer presents North By Northwest (USA 1959, Alfred Hitchcock). Alfred Hitchcock’s suspense-comedy stars Cary Grant as an advertising executive on the run from a band of international terrorists and spies. Heyer, who has published on composer Bernard Herrmann’s collaboration with Orson Welles, will introduce the film and discuss Herrmann’s work with Hitchcock.

PhD candidate Katherine Quanz presents The Fly (USA 1986, David Cronenberg). In David Cronenberg’s remake of the 1958 science fiction film of the same name, the teleportation experiments of a brilliant scientist fuse his DNA with that of a housefly with horrific results. Quanz will discuss the methods that Canadian composer Howard Shore used in the creation of the score, as well as Cronenberg and Shore’s long-standing collaboration.

Associate Professor Katherine Spring presents The Shining (USA 1980, Stanley Kubrick). Just in time for Halloween comes Stanley Kubrick’s horror classic about a writer and his family taking care of a hotel during the winter – a hotel that turns out to be haunted. Spring, an expert on electronic scores, will discuss the film’s blend of Wendy Carlos’s synthesizer music and classical music.

Associate Professor Kirsten Yri presents Laura (USA 1944, Otto Preminger). Director Otto Preminger’s film noir finds its detective falling in love with the beautiful socialite whose murder he is investigating. Yri, a professor in the Faculty of Music, will discuss David Raksin’s famous jazz score, noted for its repeated variations on the theme song for the murder victim.