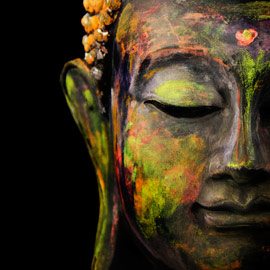 WATERLOO – Wilfrid Laurier University’s Department of Religion and Culture is celebrating 40 years at Laurier with a free public conference, “Public Visions of Religion & Culture,” March 7 from 9:30 a.m. to 2 p.m. in the Paul Martin Centre on Laurier’s Waterloo campus.

The roots of Religion and Culture go back to the 1960s, and by the time Waterloo Lutheran University became Wilfrid Laurier University in 1973, this interdisciplinary unit in the Faculty of Arts had been established.

"Since 2000, Religion and Culture has held an annual conference focusing on some aspect of religion and public life. This year we decided to focus on the role of scholarship and teaching in the department over the last four decades – hence our 40+ conference,” said Carol Duncan, associate professor and chair of the Religion and Culture department. “This year's conference will bring together an intellectual community of past and present faculty, undergraduate and graduate students to discuss the significance of studying religion and culture and to contribute towards a vision for the future."

Former faculty members and students will form a panel moderated by Associate Professor Christopher Ross to discuss the history of religion and culture and the current significance of the study of religion. Panelists include Ron Grimes, Harold Remus and Janet McLellan, with responses from Patricia Campbell, Mona Tokarek LaFosse and Marybeth White.

Laurier’s Religion and Culture program focuses on what connects individuals and communities around the world through the exploration of their religion, spirituality or secular forms of the sacred. The program builds the foundations of social entrepreneurship through an understanding of what individuals and communities believe and what motivates their beliefs and practices.

Informal pre-conference dining will take place Friday, March 6 at 7 p.m. at Proof Kitchen and Lounge, Delta Waterloo, 110 Erb Street West. A buffet lunch will be served at 11:45 a.m. during the conference on March 7. For more information and to RSVP for the conference lunch, please contact Sharon Lalor, 519-884-0710 ext. 3330 or slalor@wlu.ca.